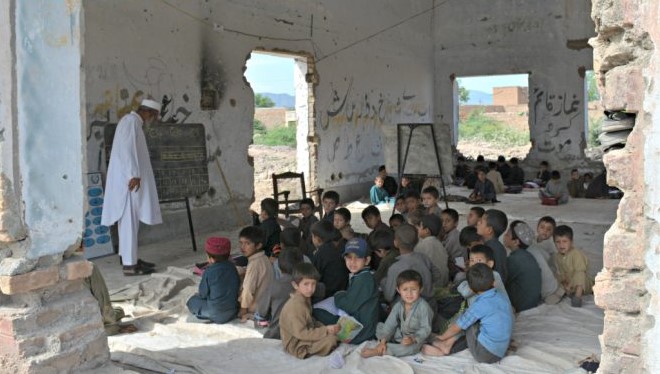 PESHAWAR: In tribal districts of the province, 49% schools have no access to drinking water while 30% are lacking toilets, said the first-ever report of Khyber Pakhtunkhwa Independent Monitoring Unit (IMU) released on Tuesday.

The report further added that in newly merged districts teachers attendance is 82% however student’s attendance is hardly 62% which is also needed to be improved. The IMU report said that the survey of 98% schools survey has been completed by IMU. The IMU said that due to bad law and order situation in some areas, 2% of schools could not be surveyed by the IMU team.

The KP government has extended the IMU to schools in the tribal areas on January 1, 2019, with the aim to monitor teachers’ presence in schools and collect proper data of students, schools and teachers in all the seven tribal districts.

The first IMU report has presented a very bleak picture of the government-run schools in the tribal belt as it was ignored during the last 70 years and though funds were allocated, however, it was embezzled by officials.

According to the Khyber-Pakhtunkhwa adviser to Chief Minister on Education, Ziaullah Bangash, out of 5889 schools, a total of 5788 schools’ were surveyed by the KP IMU teams. Zia Ullah furthered that 45% of schools are deprived of electricity facilities, 20% have no boundary walls while 50% of schools have no clean drinking water facilities available.

The KP education department says that the IMU will help to enhance the standard of education in the tribal areas, which were much ignored in the past and the Government and other concerned organizations will have authentic data to work for the development of education in tribal districts.