Home FATA No end in sight to Bajaur electricity woes even after merger and...
Facebook
Twitter
WhatsApp
Linkedin
Email 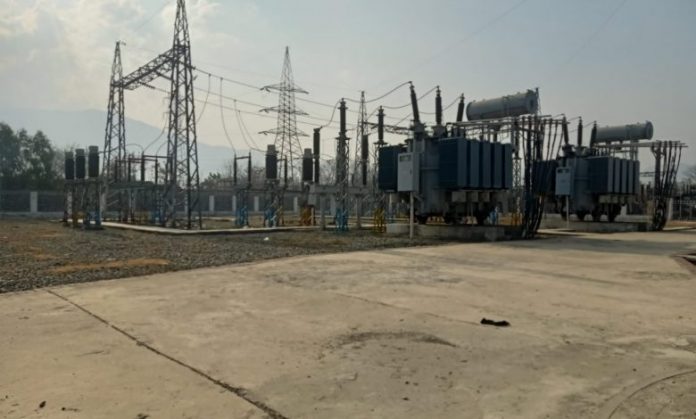 Sher Wahid, 24, works as a welder in Siddiqabad Bazaar of Bajaur District.  Mr Wahid makes iron gates, chairs and other household items. “Our entire business is dependent on electricity without which we cannot work,” he said.

However, prolonged power outages in the district have forced him to use a diesel electric generator. “On daily basis, the generator consumes diesel worth Rs 1200 to Rs 1500,” he said.

Mr Wahid said that the market, where he works has eight welding shops and all of them spent nearly similar amount on daily basis.

He said that the calculation they have made suggest that they would pay the same amount after installing the electricity meter. “Our welder friends from Mardan are also paying similar amount in electricity bill,” he said.

However, Mr Wahid said that on several occasion they approached Wapda for installation of electricity meter; however, the department expressed its inability to install transformers. “Due to this, we cannot get electricity meters,” he said.

On the other hand, Wapda officials were of the view that they had no budget to install transformers. However, they said that they were ready to install commercial meters for markets and factories.

Power outages are routine matter in Bajaur district. The district has been facing prolonged outages for a long time. Bajaur tribesmen are of the view that their electricity related problems could not be resolved despite installation of a 32 KV grid station.

The local said that they were hopeful of resolution of the issue of load shedding after Fata’s merger with the Khyber Pakhtunkhwa.

The tribesmen said that post merger they were promised free electricity till 2023. However, now Wapda was resorting to power outages to force them to install electricity meters.

Bajaur grid officials said that the cost of district electricity consumption ranges from Rs 150 to Rs 300 million.  The power utility was suffering similar losses on account of non-payment of bills.

Wapda sub divisional officer for Khar division Gul Muhammad told TNN that there was no load shedding in Bajaur. “It is over loading which is responsible for district power woes,” he said.

He said that locals even cook meals on electricity heaters. Mr Muhammad said that their grid stations have capacity of load up to 400 amperes. However, he said that in Bajaur this load goes up to 900 amperes, which forces the grid into tripping and suspending the electricity supply.

Otherwise, there are chances of the grid catching fire, he said.

Mr Muhammad said that Bajaur people were not installing electricity meters and not paying power bills. “People will have regular electricity only after metering,” he said.

Regarding the meters, the SDO said that they have sent recommendations to authorities for installation of meters in the market. “We will start metering the markets, soon after receiving approval,” he said.

The SDO said that Wapda has installed meters in markets of Kurram, Khyber and other merged districts. Besides, he said that they were also supplying uninterrupted power supply to Bajaur factories which had installed electricity meters.

He said that local people were not interested in installing meters and they were ready to install meters.

Information obtained under the Right to Information Act 2013 from the Wapda, Bajaur district consumes 17 million units of electricity per month. The cost of consumed electricity amounts to Rs 165 million per month.

However, Wapda receives only Rs 8.5 to Rs 8.7 million a month in utility bills from marble factories, district headquarters hospital, a flour mill and government offices.

The SDO said that they had 22 to 24 hours of electricity at grid station. “If people opt for metering, we will provide them uninterrupted power supply,” the official said.