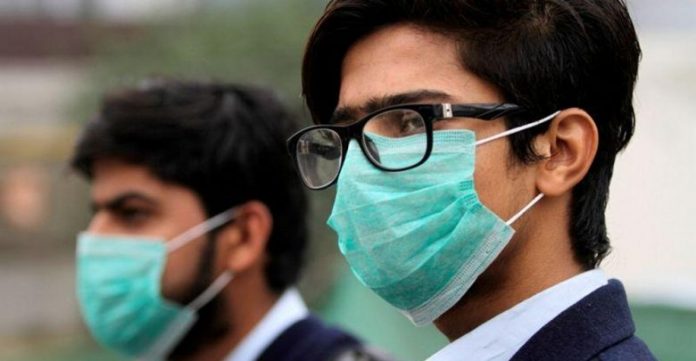 PESHAWAR: The Khyber Pakhtunkhwa government has declared wearing of facemask mandatory for entry into government offices.

The step has been taken to ensure implementation of standard operating procedures (SOPs) to prevent the spread of coronavirus. According to a notification issued by the provincial government, no one will be allowed to enter any government office without a facemask. The notification has also directed the government offices to display the banners with message ‘No mask no entry’.

On Thursday, the district administration of Peshawar also initiated imposition of fines on citizens for not wearing facemasks while roaming in the city.

After relaxation of lockdown in Peshawar, a large number of people are now coming to different bazaars, markets and shopping plazas. Many people are seen throwing the precaution into the air and not following the government guidelines to avoid the spread of coronavirus. People are also not using sanitizers to keep their hands clean after contact with others. Very few people are seen observing social distancing. The violation of SOPs is particularly more in the rural areas where people are not observing social distancing during gatherings and in mosques.

Those who are following social distancing prefer to stay at home, but they are also facing danger from the virus from other people around them who are not following the SOPs.