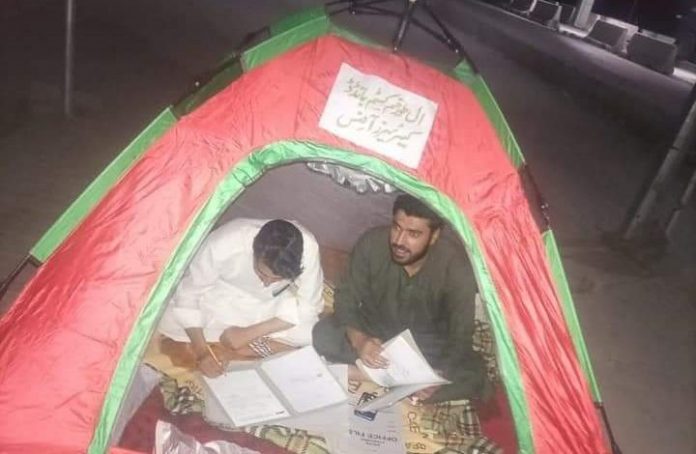 LANDIKOTAL: Due to lack of facilities at Torkham border, the customs clearance agents are clearing the vehicles at night time while sitting in tents.

The government has announced to keep the Torkham border open round the clock and it is claimed that the customs clearing agents and transporters are being provided all facilities, but the factual position is that the customs clearance agents in Torkham sit in tents at night time to clear the vehicles. The high-ups of Khyber Chamber and customs clearance agents are playing the role of silent spectators over this whole scenario as no practical steps are being taken to resolve the issues.

The 24/7 service at Torkham border was inaugurated by Prime Minister Imran Khan in September 2019. On January 29, 2020, the prime minister had issued instructions to ensure all facilities to ensure round the clock services on Torkham border within six months. He had said that round the clock opening of the border will promote bilateral trade with Afghanistan and people to people contacts.

Trade experts said the round the clock opening of the border will boost Pak-Afghan trade. The increase in trade volume will cast positive impact on regional economy and create job opportunities.

No visa no entry

The Pakistani labourers trying to enter Afghanistan via Torkham border were asked to return by the Afghan security forces on Tuesday.

Sources in Nadra confirmed that Pakistani labourers were denied entry to Afghanistan. However, the stance of government officials and workers union about the matter could not be received.

The denial of entry to Afghanistan has affected work of hundreds of Pakistani labourers.

Torkham and other borders of Afghanistan with Pakistan were recently reopened after protests by labourers. According to a notification by the Ministry of Interior, Torkham border, which has been reopened after seven months break due to coronavirus, will now remain open on Tuesday, Wednesday, Thursday and Saturday.