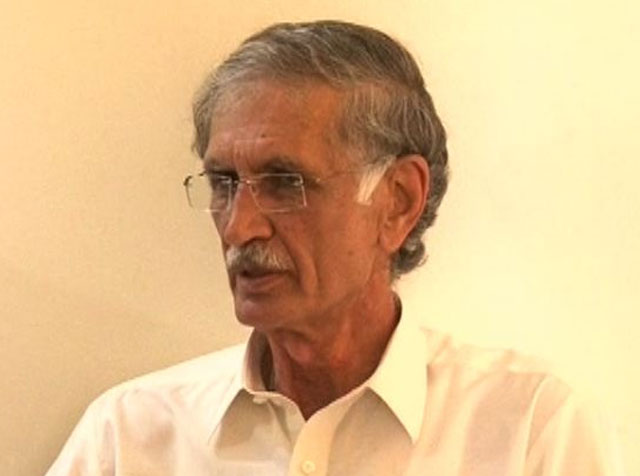 NOWSHERA: Defence Minister Pervez Khattak raied objections over recent budget by Khyber Pakhtunkhwa government and said there were no fund for development projects in the province.

After inugurating works on building of chambers for Nowshera District Bar here on Sunday, he said that KP budget for year 2018-19 was not approved as per his wishes, adding that the ongoing uplift projects have been halted due to unavailability of funds.

The minister said that he increased funds for Haripur, Swat and Nowshera bars from Rs400 million to 800 million, adding that everything was alright when he was chief minister.

He claimed that chief justice Peshawar High Court said he would spend the fund on bars, but after a span of four years only Rs 40 million were released and works on construction of chambers are yet to be started.