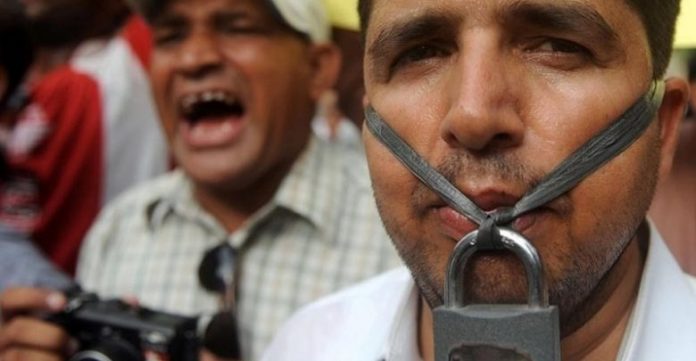 PESHAWAR: At a time when Pakistan observed Press Freedom Day like rest of the world on Sunday, the family of Hayatullah, a journalist from North Waziristan who was murdered 14 years ago, is still fighting a court battle to obtain his murder investigation report.

Hayatullah was the fourth journalist from tribal districts and sixth in the country who lost their lives after the 2001 violence in the region due to their bold reporting.

Hayatullah was associated with several national and international media outlets. Hayatullah was kidnapped from North Waziristan in December 2005 and his bullet-riddled, handcuffed body was found in June 2006.

After protests by the national and international media organisations, then prime minister Shaukat Aziz formed a commission comprising judges of the Peshawar High Court (PHC) to probe the murder. Hayatullah’s younger brother Ihsanullah said the commission prepared a 32-page report after interviewing the family members of the slain journalist and several government officials. However, the report was not shared with the family.

“The report is in the Governor House for the last 14 years and it is not shared with the victim family. It’s a slap on face of media freedom,” Ihsanullah said.

He said his family initially approached the Supreme Court of Pakistan for making the report public, but it was not authorised to hear the case pertaining to ex-Fata. He said after merger of erstwhile Fata with KP, now the courts are empowered to hear such cases and they have filed a petition in this regard in the PHC which has admitted the petition for hearing.

Lawyer of the victim family, Tariq Afghan said the court has set first hearing of the case on May 21 in which replies have been sought from the federal interior ministry and KP home secretary.

Pakistan Federal Union of Journalists (PFUJ) KP President Shamim Shahid has expressed satisfaction over acceptance of the petition by the PHC and hoped that the report will be made public. He lamented that over a 100 journalists were murdered in KP and tribal districts during the last 20 years, but probe in all cases was not carried out. He said the government wants to adopt the model of China and Saudi Arabia for Pakistani media and wants to make it follow the government instructions and avoid criticism. He said thousands of media workers have lost their jobs recently and situation is likely to deteriorate further for journalists in coming times. He said excessive layoffs have shrunk the size of media in Pakistan.

Ihsanullah is also a journalist, but he has taken a break for the last few months. He said he kept his family in Peshawar for last 10 years and then shifted to his village in Mir Ali in North Waziristan in hope of return of peace, but the situation there is still uncertain and anti-state elements are roaming freely there.

He said Hayatullah’s wife was also killed in a bomb blast inside her house after recording statement to the commission one year after her husband’s death. He said that he is also looking after five children of his slain brother along with his own children.