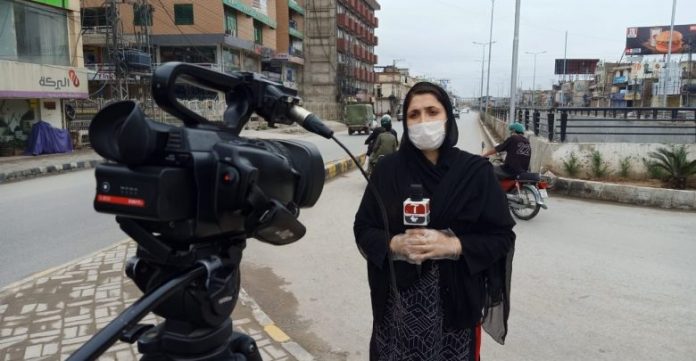 Journalists also sometimes face torture from those who are against free speech. During the last two years, two journalists from Peshawar have faced torture.

Mr Kamran, a crime reporter, who became victim of torture, told TNN that he was sitting in his office when eight persons wielding batons and guns entered there and started beating him black and blue. He said he was injured due to torture and his wound took seven stitches in the head and a lot of medication to heal.

He said the crime reporters held a Jirga with other party, after which they advised him to enter patch-up as he is an ordinary crime reporter and cannot afford long litigation expenses.

“This was a terrible experience of my life, and then I killed the real journalist inside me, and started plain journalism which no longer endangers my life,” he said.

The FIR was lodged against ‘unknown’ people, and his newspaper also had to publish a rejoinder to the news published by Kamran, which was a compulsion to keep the life and job of the journalist intact.

Peshawar Press Club President Muhammad Riaz said linguistic, nationalistic, political, interest and pressure groups target journalists when their independent reporting damages their interests. He said journalists are not too resourceful to bear the expenses of litigation, so the final solution of these torture incidents comes in shape of patch up.

Senior journalist and analyst Farooq Firaq said every four in a hundred journalists in Peshawar face harassment every second day. However, he said, the press club and journalists union intervene into such issues and don’t allow the situation to go out of control.

KhUJ General Secretary Muhammad Naeem said there is no law in KP for protection of journalists. He said Sindh has passed such law, but in KP, due to lack of such law and punishments, the attackers always get benefit. He said no person involved in attacks on journalists has got punishment due to which such people do these crimes with impunity.

However, he said, no kidnapping incident of journalists from Peshawar has been reported during the last eight years, while such incidents are continuously happening in Islamabad and merged tribal districts.

Kamran’s wife said while talking to TNN that when her husband came home after that torture incident, he was injured and his clothes had blood stains. She said she and her children were so scared and everyone was screaming. She said she told her husband that day that she wants her husband alive, and she doesn’t want her husband to die while doing his duty.

Kamran’s wife said she remains restless since that day and always remains tense when even a small delay occurs in his arrival to home.

,Mr Siddique, a local journalist, said he was going back home from office when five people stopped his car and tortured him with batons, leaving him injured. He said he faced torture over filing a story on non-custom paid vehicles.

“On that day, I realised that we have to fight our war on our own. My friends advised me to make friends and make money, and don’t indulge in troubling issues,” he told TNN.

He said he is not doing professional journalism now, and just passing his time in the profession with routine stories. He said that on the day of torture, his clothes were stained in blood, but he changed his dress in the police station and did not meet his children upon reaching home, and slept in another room to keep them away from any anxiety and tension.

Reporters Without Borders Pakistan representative Iqbal Khattak said four journalists in Peshawar became victim of target killing. He said the killers had links with terror outfits, smugglers and other mafias who felt affected from objective reporting of journalists. He said the government must do legislation to punish the people involved in crimes against journalists.