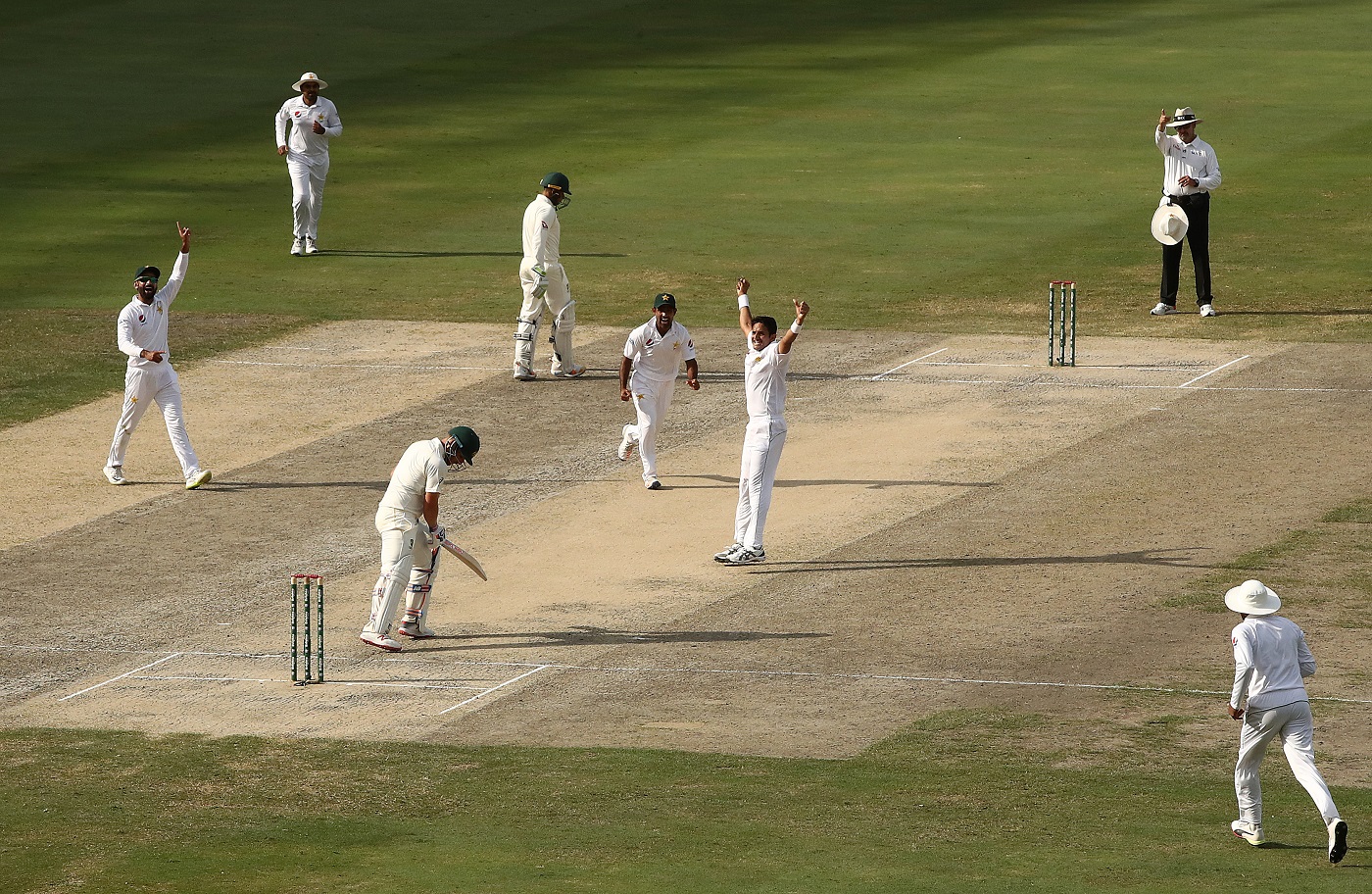 PESHAWAR: No Pakistani batsman or bowler features in the top-10 as the International Cricket Council (ICC) released its latest Test rankings after conclusion of first Test between Pakistan and Australia in Dubai.

Mohammad Hafeez has re-entered the rankings at 45th place after marking his return to Test cricket with a century. Asad Shafiq is occupying 20th place, Harris Sohail 57th and Imam-ul-Haq 88th in the rankings.

Fast bowler Mohammad Abbas has gained eight places to reach a career-best 13th position after finishing with seven wickets in the match.

Australia opener Usman Khawaja has moved into the top 10 for the first time, after his dogged century helped his side salvage a draw against Pakistan.

In team rankings, Pakistan are on seventh position in Tests with 88 points. India are leading the rankings followed by South Africa, Australia, England, New Zealand and Sri Lanka.

In ODIs, Pakistan are on fifth position in the ICC rankings. England lead the rankings followed by India, New Zealand and South Africa.