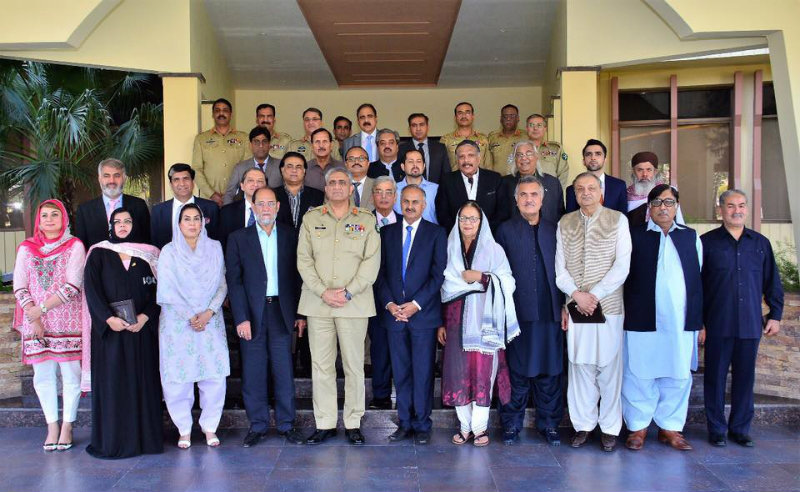 PESHAWAR, 18 September: Chief of the Army Staff General Qamar Javed Bajwa has said that there is no rift between the civil and military leadership of the country.

He was talking to the members of Defence committees of the Senate and National Assembly that visited the General Headquarters on Monday.

General Bajwa said that he is the supporter of strengthening of democratic institutions. All the stake holders should be on one page to eradicate the menace of terrorism and extremism

He stressed that Pakistan didn’t have any differences with Afghanistan, saying Pakistan has rendered matchless sacrifices against the war on terrorism.

The members of the delegation resolved to continue struggle against the menace of extremism. The delegates were also briefed on the Pakistan-India and Pakistan-Afghanistan relations.

The delegation also laid floral wreath on the Shuhada monument.