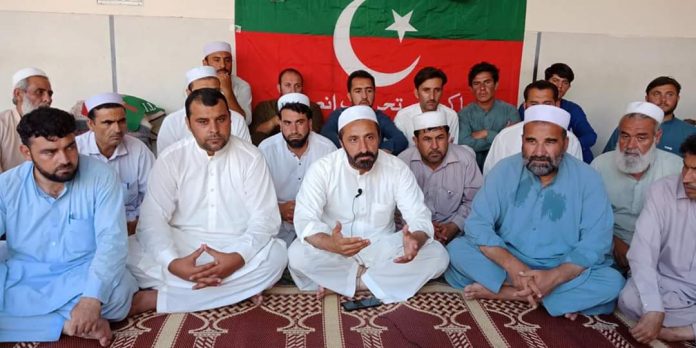 They said that they aren’t disappointed with the party defeat in the election and has made their resoles further strengthen to work for the uplift of tribal districts, especially for Khyber district, as they have the governments in Center as well as in the province.

“Both MNAs, Noorul Haq Qadri and Iqbal Afridi are responsible for the party defeat on all the three constituencies of district Khyber,” said Shahid Shinwari. “Both the MNAs have supported independent candidates instead of supporting his own party candidates during the election.”

The PTI election candidates have also held protests and press conferences asking the central leadership to take notice and issue notices to both the MNAs for violation of party discipline. The losing PTI candidates have once again asked PM Imran Khan to take action against Iqbal Afridi and Noorul Haq Qadri.

Shahid Shinwari said that on the direction of Chief Minister they have visited the house Al-Haj Shahji Gul and asked him to join hands with PTI to work for the progress Khyber. He said that they have invited him to join PTI for which he has sought some time to discuss it with his supporters.

Shinwari alleged that some people have lavishly spent money to buy the conscious of voters which have also led to the defeat of PTI candidates. The Chief Minister in a press conference in Peshawar has already said that PTI will take strict action against all those who have violated the party discipline during the election.