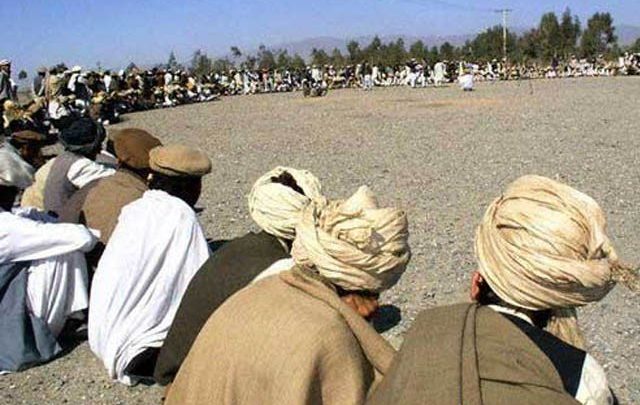 MIRANSHAH: Chairman of the Qaumi Mutasreen Committee Malik Ghulam Khan Wazir has said that efforts will continue for resolution of problems of the people of North Waziristan tribal district.

Talking to media persons on Tuesday, Malik Ghulam Khan Wazir said the problems of the people of North Waziristan could not be resolved five years after return of peaceful environment. He lamented that the problems of the area people are increasing with each passing day.

The Mutasreen (TDPs) Committee chairman said a big sit-in will be held in Mir Ali on November 10 in which the people of North Waziristan will take decisions about their future strategy for resolution of their problems.

Malik Ghulam Khan Wazir said the people of Waziristan have gradually realised that they will have to stage protests for drawing attention of the authorities towards their unresolved problems. He said the people of merged districts, particularly North Waziristan, offered countless sacrifices for the country and in return they are being kept deprived of basic facilities. He said the sense of deprivation of the local people is growing further due to indifference of the authorities towards pressing problems.

Blankets were distributed among prisoners in Bara sub-jail in Khyber tribal district with the cooperation of Maroof Karavan on Tuesday.

A ceremony in this regard was organised in Bara Tehsil Jail. Maroof Karavan head Haji Wilayat Afridi, volunteer Haji Waqar Ahmed and members of Bara Press Club were present on the occasion. During the jail visit, they met the inmates and inquired about their wellbeing.

Jail official Irshad Khan briefed the visitors about the needs of the inmates. On the occasion, Haji Wilayat Afridi assured full cooperation to jail authorities for resolving problems of inmates.