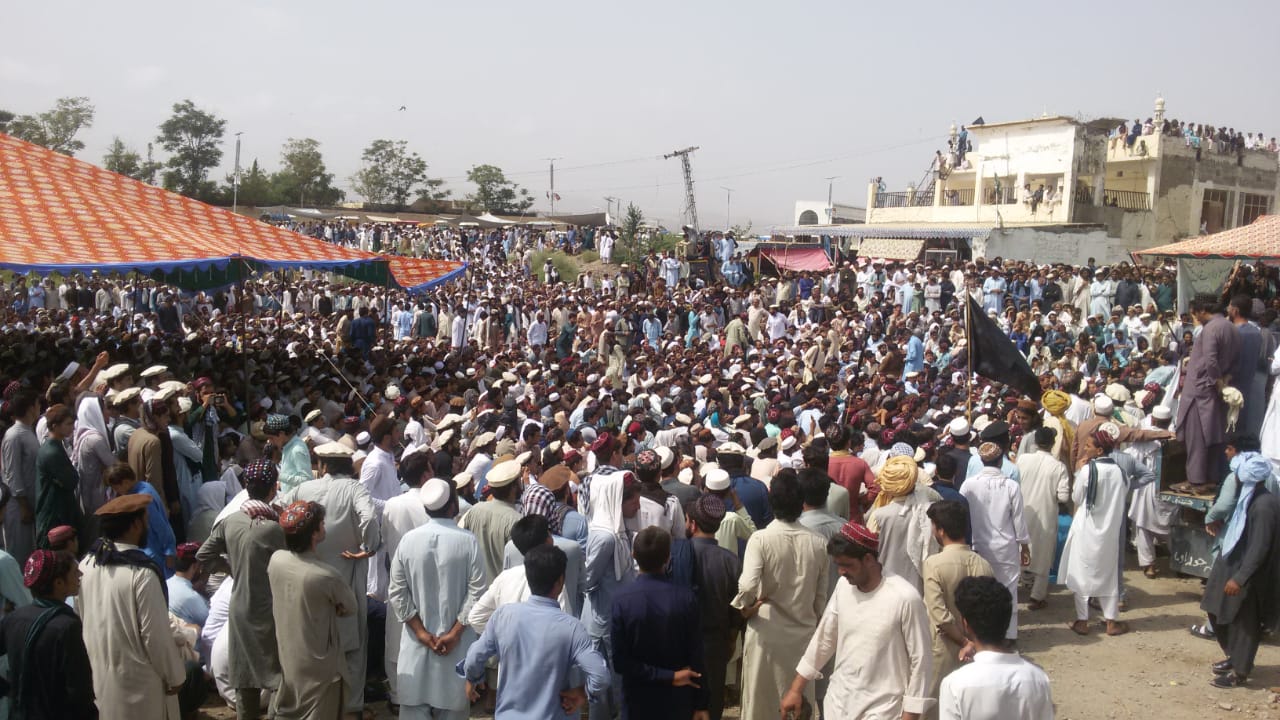 MIRANSHAH: The protest by the people of North Waziristan tribal district against a firing incident came to end Saturday after successful negotiations with the government.

Member National Assembly (MNA) from North Waziristan Mohsin Dawar said after negotiations with the tribal elders and government representatives that the government has accepted all the demands of the protesters.

The tribesmen were holding sit-in against alleged firing on tribesmen who were staging protest against the imposition of curfew in Hamzoni village in North Waziristan. Mohsin Dawar and local tribal elders had also joined the protesters in their camp outside Civil Hospital in Miranshah, the main town in North Waziristan. The protesters alleged that one person was killed in the firing and another was injured. However, other reports said the security personnel only resorted to aerial firing to disperse the protesters.

A tribal Jirga swung into action to avoid deterioration of the situation and held talks with the government authorities.

Mohsin Dawar said while addressing the protesters on Sunday that the sit-in has been postponed over assurance of the government to conduct thorough inquiry into the firing incident. He said the victim families will get compensation and other demands of the protesters will also be accepted.

Major General Mumtaz of the Pakistan Army had said on Saturday that the practice of weekly curfew in North Waziristan would come to an end soon. He told media persons that the decision has been taken to end the difficulties of local people during curfew.