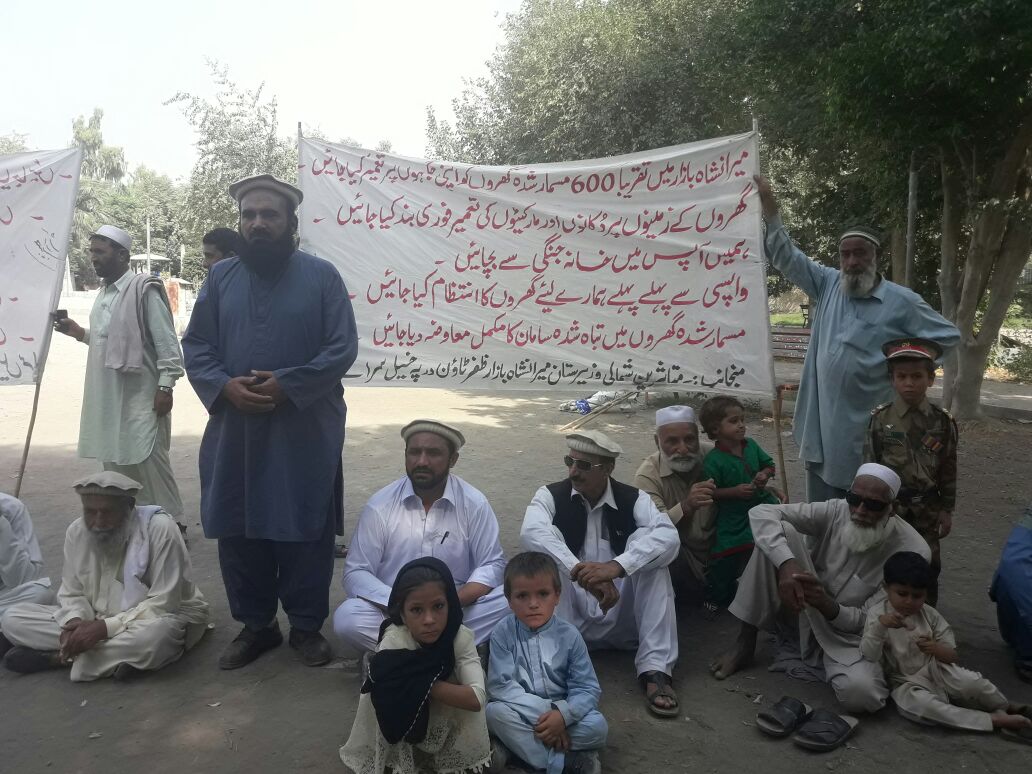 BANNU, 13 October: The displaced tribesmen from the North Waziristan Agency residing temporarily in Bannu have asked the federal government to repatriate them to their hometowns and provide them compensation for the reconstruction of their damaged houses.

The tribesmen from Zafar Town area in Miranshah held a protest jirga here on Friday and reiterated their demands.

Talking to TNN, the tribesmen said they were the most affected people in the Operation Zarb-e-Azb conducted by the security forces against the militants.

“Nobody faced more losses than us. We were the most affected tribesmen. We had left all of our household items behind and still living in a miserable situation. Neither the local political administration nor the federal government bothered to address our grievances,” complained a tribesman.

“We also want to be sent home like thousands of other displaced tribesmen,” remarked another tribesman.

“If the government does not repatriate us to our hometowns and reconstruct our damaged houses, we will be forced to launch a series of protest for our rights,” the tribesman warned.