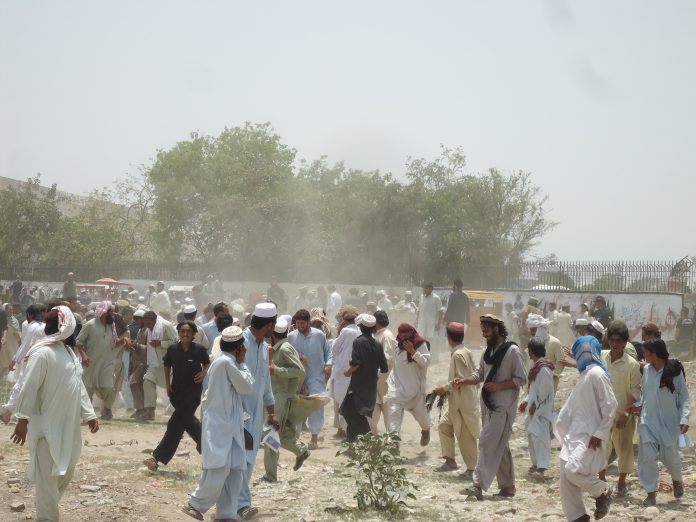 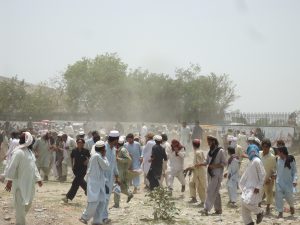 BANNU, June 25: The internally displaced persons (IDPs) of North Waziristan tribal region have clashed with the police during distribution of food ration.

In-charge of the Bannu Cantt Police Station, Mr Yasin Kamal, said the IDPs had entered the main complex to get the food and non-food items. He said the policemen fired shots in the air when the IDPs refused to come out.

Later, the IDPs blocked road at Kohat Chungi but the army interfered in the matter and reopened the road.

The IDPs said they were subjected to long wait because there was no proper place for distribution of relief items.

“There is just one distribution centre of relief items. The problems can be solved once we have two or three centres,”

Mr Abid, who heads non-government organisation BEST, said they were trying to facilitate all the IDPs and appealed to the displaced families to observe patience and tolerance during distribution of aid.