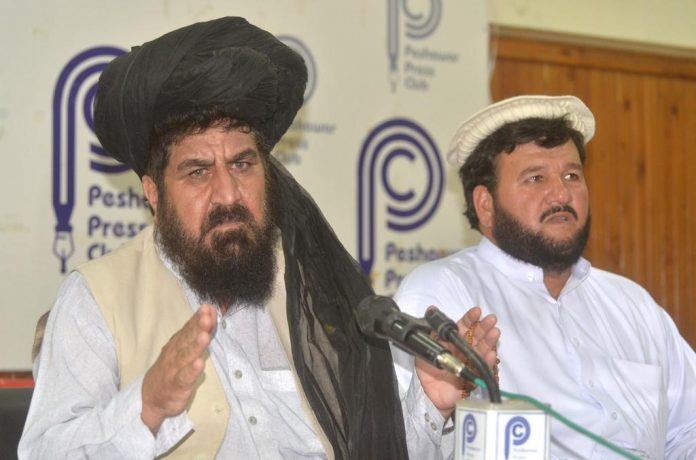 PESHAWAR: The petrol pumps owners of North Waziristan have announced to shut their pumps from Saturday in the entire tribal district and to hold a march to Islamabad due to delay in announcement of a compensation package for the owners of militancy-hit petrol pumps.

The announcement was made by All-North Waziristan Petroleum Association president Malik Raqeeb Gul while addressing a news conference at Peshawar Press Club on Friday. Other members of the association, Haji Rafiuddin, Malik Asad Khan, Malik Saeed Noor Khan were also present on this occasion.

Raqeeb Gul said that Islamabad administration and police allowed them for holding ‘sit-in’ and protest in the federal capital. He also announced to complete boycott from participating in the upcoming elections for provincial assembly seats in the tribal district.

The petrol pumps association president said that the government authorities had always shown commitment to compensate to landowners, houses, and petrol pumps for damages in the military operations. However, he regretted, no concrete measures were taken in this regard. He said it was dire need of the hour to issue special attention and grant for the affected owner of petrol pumps.

He said the affected pump owners had postponed their protest plan on June 20 after assurance of district administration of North Waziristan to take up the case with authorities concerned and will devise a proper strategy to compensate over destroying of petrol pumps in the military operations.

The association president informed that a total of 69 petrol pumps in Waziristan, which had completely destroyed in the security forces operation in the tribal region, which was yet not compensated. He said the owners had lost millions of rupees due damaged of heavy expensive machines and refilling stations. He said the tribal agency is being faced with severe financial crisis after the successful conduct of a military operation in the region.

He maintained that the businesses had completely damaged, while unemployment was also increased since the winding up the security forces action in the tribal agency. Malik Rafiuddin said alleged that no tangible step was taken to support the militancy-hit businesspersons of the tribal region.