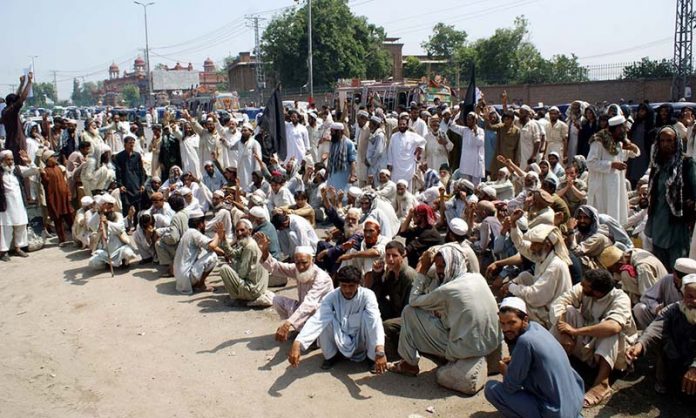 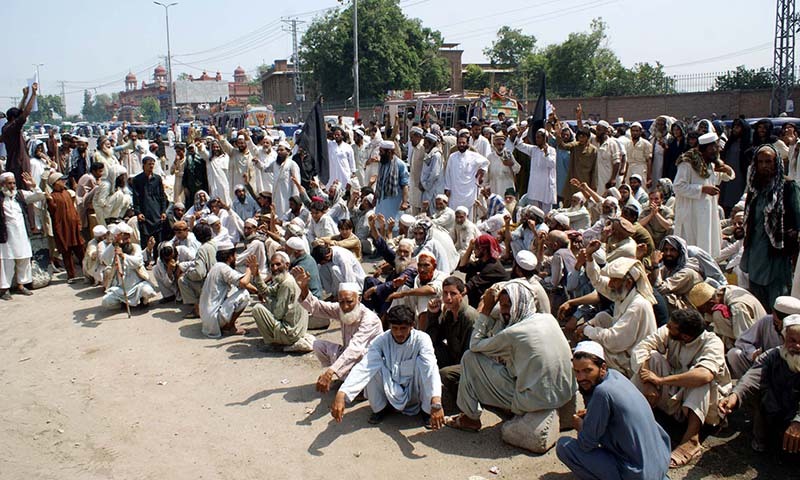 The demonstrators blocked the Bannu-Kohat road for some time. The police say the rally started from the Milad Park.

The participants of the rally asked the government to allow them to go back to their native areas in North Waziristan. The army and police had to intervene when the rally reached Sports Complex and started pelting stones at a food distribution centre.

Several clashes have taken place between the police and internally displaced persons of North Waziristan at the same distribution centre since their displacement.