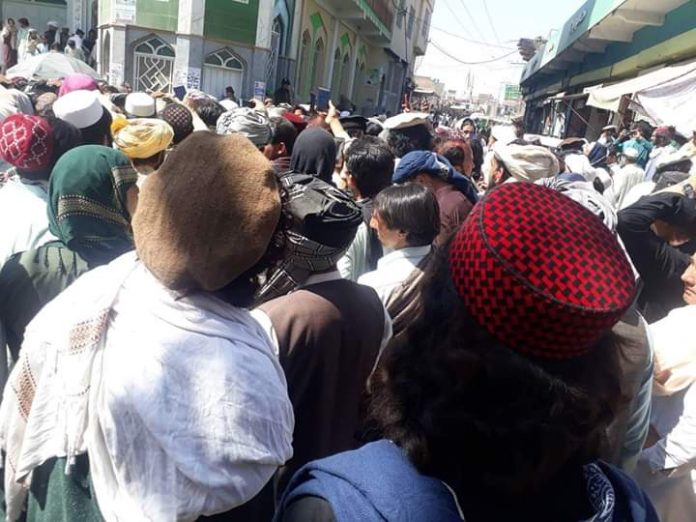 BANNU: The temporarily displaced persons (TDPs) of North Waziristan tribal district on Thursday staged a protest demonstration in favour of their demands outside the Bannu Press Club.

The TDPs held a rally during which they chanted slogans in favour of their demands and then they gathered in front of the press club building to stage protest. A large number of TDPs led by Malik Ghulam Khan participated in the protest.

The TDPs criticised Adviser to Khyber Pakhtunkhwa Chief Minister on Tribal Affairs Ajmal Wazir for his failure to resolve their problems. He said Ajmal Wazir is busy in press conferences and making assurances, but he hasn’t done anything practically for the displaced people.

Malik Ghulam Khan said thousands of TDPs from North Waziristan living in Bannu have been kept deprived of registration. He said the unregistered TDPs are not eligible to get compensation. He said the people of North Waziristan suffered losses of billions during the military operation Zarb-e-Azb and it is time for the government to compensate the tribesmen for their sacrifices.

Noor Islam Dawar, a protester, said while talking to TNN that the government should make arrangements for early repatriation of all the TDPs to their native areas.

Operation Zarb-e-Azb was launched in North Waziristan in June, 2014 to drive out militants. The operation caused mass exodus from the tribal region and people went to different parts of the country to take refuge. Most of the TDPs from North Waziristan went to Peshawar, Bannu and also to Afghanistan. Although, the process of repatriation of displaced persons in the neighbouring South Waziristan has been completed, but the process is yet to complete in North Waziristan.