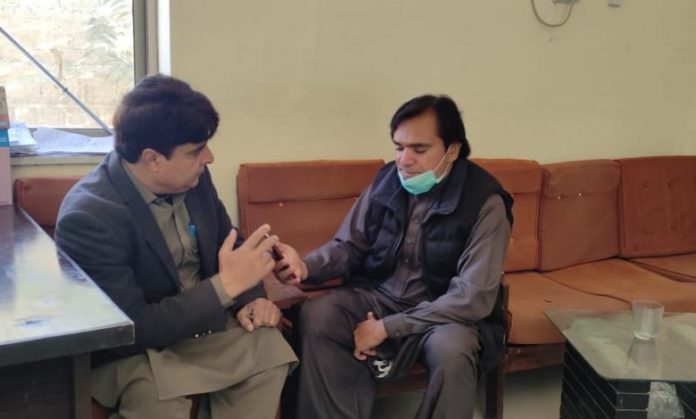 Fewer women as compared to men are turning up for getting Covid-19 jabs in North Waziristan district, officials said.

They said that fewer numbers of vaccination centers, lack of identity cards and awareness are some of the issues affecting vaccination among women.

Khatmeena, a woman from Hamozni village get vaccinated at the insistence of her husband. She told TNN that most of the women in her village were still unvaccinated.

“Since am planning to go on Hajj, therefore, I decided to get myself vaccinate,” she said. She said that one cannot perform Umrah or Hajj without proof of vaccination.

Doctors at the Miran Shah hospital said that very few seemed interested in vaccination against Covid-19. They said that main reason for this was lack of awareness among women.

Ayesha, a lady health worker at the district headquarters hospital Miran Shah told TNN that she has seen many educated women believing rumors regarding vaccination.

She said that government should arrange workshop or seminars for women to make them realize the importance of vaccination.

On the other hand, absence of health facilities is also major reason of less vaccination among women.

Anwar Khan, a resident of Dattakhel said that they wanted to vaccinate their women. However, whenever they visit vaccination centers, women have to return home after waiting for hours without vaccination.

He said that women cannot wait for long hours at vaccination centers; therefore, government should depute mobile vaccination teams in the area.

Dr Farid, health focal person for North Waziristan said that mobile teams could not move around due to security restrictions.

He said that due to security situation of the district, they could not depute women mobile vaccination team.

However, they depute their teams to women schools and seminaries.

Dr Farid said that most of the district’s women do not possess identity cards, which had created problems for them. However, he said that now government has allowed them to vaccinate women on their husband’s identity card.

Regarding the number of vaccination, he said that so far a total of 188,000 people have vaccinated themselves against Covid-19.