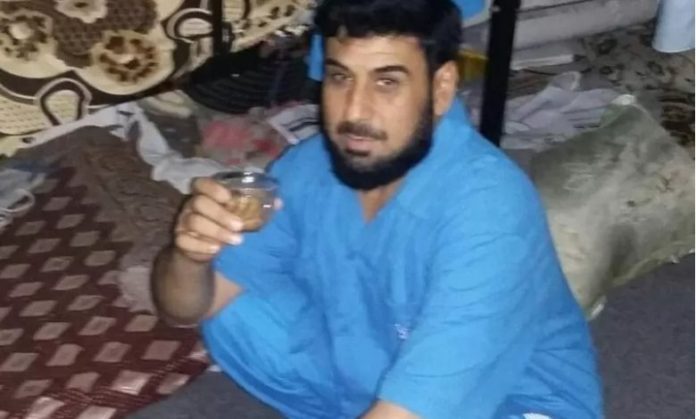 Mamoor Khan, a Pakistani expatriate from North Waziristan was among those killed in the Yemen Yemen’s Houthi rebels drone attack on the Abu Dhabi.

Mr Khan was working in Abu Dhabi for past 23 years, driving an oil tanker.

He was killed along with two others when Yemeni Houthi rebels attacks on Abu Dhabi on Monday. Six people were injured in the attack.

Mr Khan was laid to rest in his ancestral Esuri village of North Waziristan. A large number of locals attended his funeral.

Zahid, a cousin of slain driver told TNN that Mamoor Khan was father of six children including three sons and three daughters. He said that Mr Khan’s eldest child was 22 years old and a laborer.

“Mamoor Khan was real gentleman and he never saw him quarreling with someone else,” he said.

Besides, he said that his cousin was living in UAE with his real brother, who was also a driver. Mr Zahid said that the slain used to go his brother after duty hours. “His brother learnt about his death about three to four hours after the attack and the news reached 24 hours later,” he said.

However, said that Mr Khan’s death on a foreign land has badly shaken his family.

Besides, he also thanked Pakistani government for its cooperation in bringing back his cousin body to home. “It took four days to bring the body back to Pakistan,” he said. Mr Zahid also appreciated the Bacha Khan International Airport Peshawar staff for their cooperation.

On the other hand, Pakistan is ranked among top labor exporting countries and these expatriates send home billion of dollars of remittances annually.

Details available on Bureau of Immigration and Overseas Employment show that thousands of KP people go abroad for jobs every year. It showed that more than 2.7 million KP people have gone abroad between 1981 and 2020 for work. Besides, 540,630 people from tribal areas have gone abroad.

However, Mr Zahid said that a large number of North Waziristan people were working in Gulf countries. “Almost all families in our area have two to three of their members in Gulf countries,” he said.

Four of my uncles are based abroad, he said.

The long shadow of Yemeni conflict

Media reports said that Yemen’s Houthi rebels carried out the attacks on Abu Dhabi. The rebels have warned further such attacks if the UAE did not stop its aggressive actions in the Yemen.

Besides, the Houthi rebels have also warned general public and international companies to stay away from critical installations.

He also demanded the US government to declare Houthi rebels as terrorists. On the other hand, US president Joe Biden said that his administration was mulling re-designation of Houthis as terrorists.

It is worth mentioning here that the UAE is the part of Saudi military coalition which is attacking Yemen’s Houthi rebels. Yemen’s conflict erupted in 2014 after the rebels took over most of the western parts of the country. A Saudi led coalition intervened in Yemen to restore Abdrabbuh Mansur Hadi as Yemen’s president and the conflict is still going on.