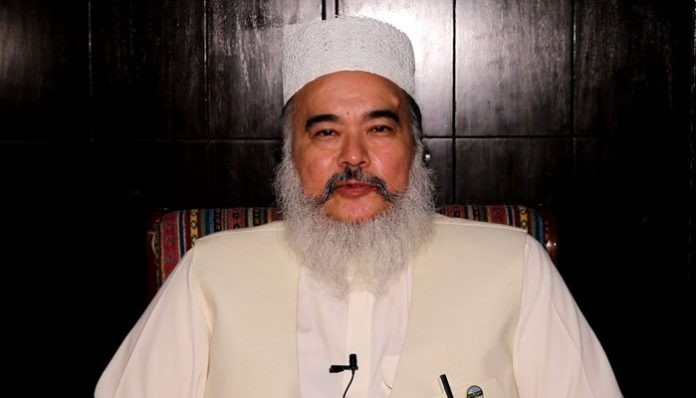 PESHAWAR: Patron of Masjid Qasim Ali Khan Peshawar Mufti Shahabuddin Popalzai says he doesn’t want an end to the Central Ruet-e-Hilal Committee and he was also not happy with celebration of two Eids in the country.

In a statement, Mufti Shahabuddin Popalzai said celebration of Eid by witnessing the moon has been mentioned in Hadith books in 29 instances, therefore, the rules of Shariah cannot be ignored for lunar calendar.

Criticising Federal Minister for Science and Technology Fawad Chaudhry, the Mufti said he should think before speaking, adding that bad-mouthing will damage his own repute. He said he doesn’t want to end the Ruet-e-Hilal Committee. He said he has sent proposals to the Senate standing committee, and stressed that one must counter him if his suggestions did not prove good to end the discord.

The head of Qasim Ali Khan Masjid said he is not happy with celebration of two Eids in the country. He said the principles of Shariah are available to resolve this issue.

The statement of Mufti Popalzai came two days after announcement of a website by Fawad Chaudhry showing dates of Eids for the next five years. The minister said he believes that there is no need for Ruet-e-Hilal Committee.

Many people have started the holy month of Ramazan in Khyber Pakhtunkhwa a day ahead of the rest of the country and it is expected that they will also celebrate Eid a day ahead.

The Central Ruet-e-Hilal Committee announced the start of Ramazan on May 7, while the people of KP, who follow Masjid Qasim Ali Khan and Saudi Arabian calendar, started Ramazan on May 6. Eid in Saudi Arabia is also likely to be observed on June 04 and the same is expected in most parts of KP.