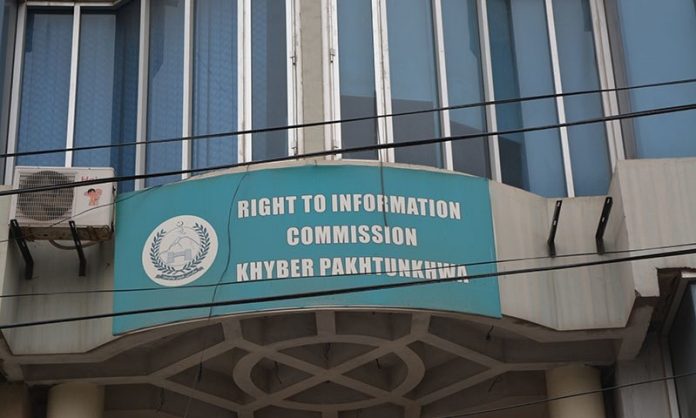 PESHAWAR: The Khyber Pakhtunkhwa Right to Information Commission (RTIC) on Thursday directed the Administration Department to proactively disclose information about the allotment of official accommodations and within days provide the record sought by citizens about these accommodations.

The Commission also decided to issue show cause notice to the Public Information Officer (PIO) of the department for not furnishing information in one such case and said that persistent denial of information hinted at serious irregularities in the allotment of official residences to the government employees.

The Commission had received 10 cases against the Administration Department amongst which six are of allotment cases besides queries regarding ministers’ salaries, POL, repair of vehicles, helicopter repairs etc. In all other cases record has swiftly been provided to the complainant(s) except for the allotment of the official accommodations.

As per the background of the case, a complainant had filed a request to the PIO of the Administration Department to provide him the data regarding the allotment of official accommodation of the government servants. The Administration Department has withheld the provision of the said information on the pretext of being third party information which they believe couldn’t be provided to the citizens under the Khyber Pakhtunkhwa Right to Information Act.

During the proceedings, the Commission took strong exception to the plea taken by the PIO of the Administration Department attending the proceedings and observed that record of the allotment of the official accommodations including waiting list, merit list, on-turn and out-of-turn allotments, expenditures on these accommodations don’t fall in category of the third party information as provided in KP Right to Information Act. It is rather Section 5 content which as per the provision of the RTI law must be mandatorily disclosed.

The Commission directed the PIO to provide all such data within three working days disclose proactively on the official website of the Department and any other platforms so that the general public could access the information without any hindrance.

The KP Right to Information Act 2013, was passed by the provincial legislature with the objective to ensure the access of citizens to information in government departments and thus create a transparent and corruption-free environment conducive for the growth of democracy.