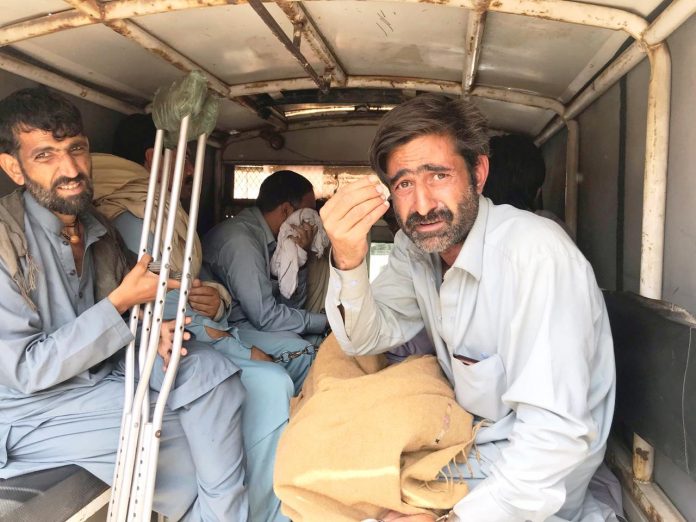 He was presented before the judicial magistrate / Civil judge, Seemab Waheed Siddiqui where Bahadur Ali confessed his crime. He was handed over to police on 14 days judicial remand.

As per the details, his wife identified as 30-year-old Saira, a resident of Benazir Abad in Taru Jabba area of district Nowshera, has told the police in injured conditions that she was at home when her husband, Bahadur Ali, entered and engaged with her in a verbal dispute over some issue. Saira added that after some time, he entered the room for his pistol and opened indiscriminate fire on her in front of her children.

As a result, she has received multiple bullet injuries and was rushed to hospital in Pabbi. From Pabbi, she was transferred to Lady Reading Hospital (LRH) where she succumbed to her injuries after three days of struggle. On her complaint, Police has registered the First Information Report (FIR) against Bahadur Ali and started search for his arrest.

Though the deceased has mentioned only verbal dispute however, police told the media that Ali has suspected her character and accused her of an illicit relationship with some stranger. Police said that they have arrested Bahadur Ali along with the pistol used in the crime and registered case against him under relevant sections of law.

While talking to media in Police station, Bahadur Ali accused his deceased wife of ‘adultery’ and said that he was compelled to kill her as she has ‘disgraced’ him in the society.

Police informed that after the post-mortem examination at Mian Rashid Memorial hospital, Pabbi her dead body was handed over to her heirs. Her brothers have taken her dead body to the Swat where she was laid to rest at her ancestor graveyard.