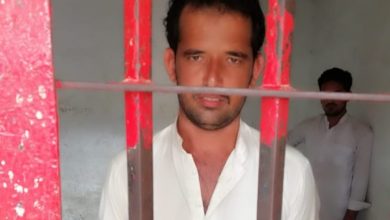 The police said that three persons identified as Inayat Ali Shah, Said Wali Shah and Ameer Gul chased them on motorcycles and tried to stop them from administering vaccines to children.

The police said that the suspects also misbehaved with one LHW namely Pashmina and the policeman deputed for their security after they tried to stop them.

The police said that women returned their home after the suspects continued harassing them. A case was registered against them and arrested Inayat and Said Wali while search for Ameer is underway.