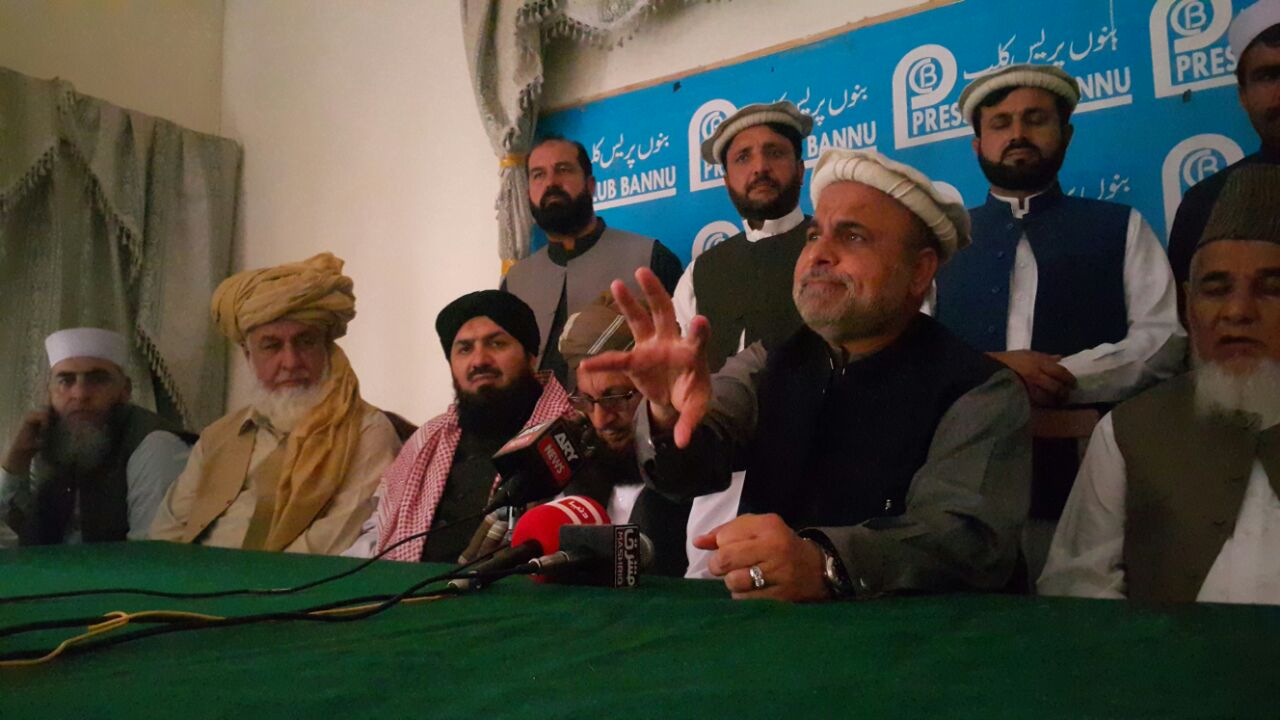 BANNU, 06 November: The political administration of North Waziristan agency has barred activists of the Jamiat-e-Ulema-e-Islam (Sami) from holding public meeting in favor of Fata’s merger in Khyber Pakhtunkhwa.

Provincial Ameer of JUI-S Maulana Yousaf Shah said here Monday that they had taken prior permission from the local administration for holding public meeting but at the eleventh hour, it clamped curfew in Miranshah and barred them from showing the strength.

“We condemn the political administration’s move. We will launch a separate protest drive against the undemocratic attitude of the political authorities,” he remarked.