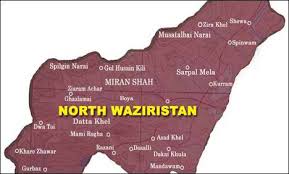 PESHAWAR, 23 May: At least six law-enforcers were killed in a roadside bombing in Dattakhel area of North Waziristan Agency (NWA) today noon.

The security personnel were on a routine patrol of the area when their vehicle hit a planted device near Army camp, resulting in three on-the-spot fatalities. Three others died later.