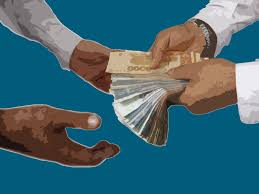 Talking to drivers of public transport, TNN learnt that officials deployed at the checkpoints have been collecting millions of rupees on daily basis from transporters in the name of Rahdari. The amount collected is not deposited at the national exchequers rather distributed among the officials including some political moharrars.

“As high officials are involved in this business, therefore, the officials at the checkpoints don’t fear any action,” said political moharrars Tariq.

Another moharrar Allauddin said the provincial government has completely banned collection of all kinds of rahdaari and taxes on checkpoints.

“This is extortion as it is being collected illegally and government is involved in it,” said Sajid Gul, a truck driver.

The drivers and senior political moharrars appealed to the Prime Minister Imran Khan to take notice of this extortion and initiate action against the corrupt elements.