Strategy and way forward were discussed regarding still missed children, reservoirs spreading, active virus, population migration, Permanent Transit Points (Both domestic and at international crossings) and other issues which could further improve campaign effectiveness and quality.

Meanwhile the delegation of Bill and Melinda Gates Foundation (BMGF) met with the Khyber Pakhtunkhwa Health Minister Dr. Hasham Inamullah Khan, Secretary Health Syed Farooq Jamil and other high ranking officers of Health Department. The visiting team was informed about the efforts of the Provincial Health Department for the eradication of Polio and the hurdles and constrain being faced by the polio workers in the field. 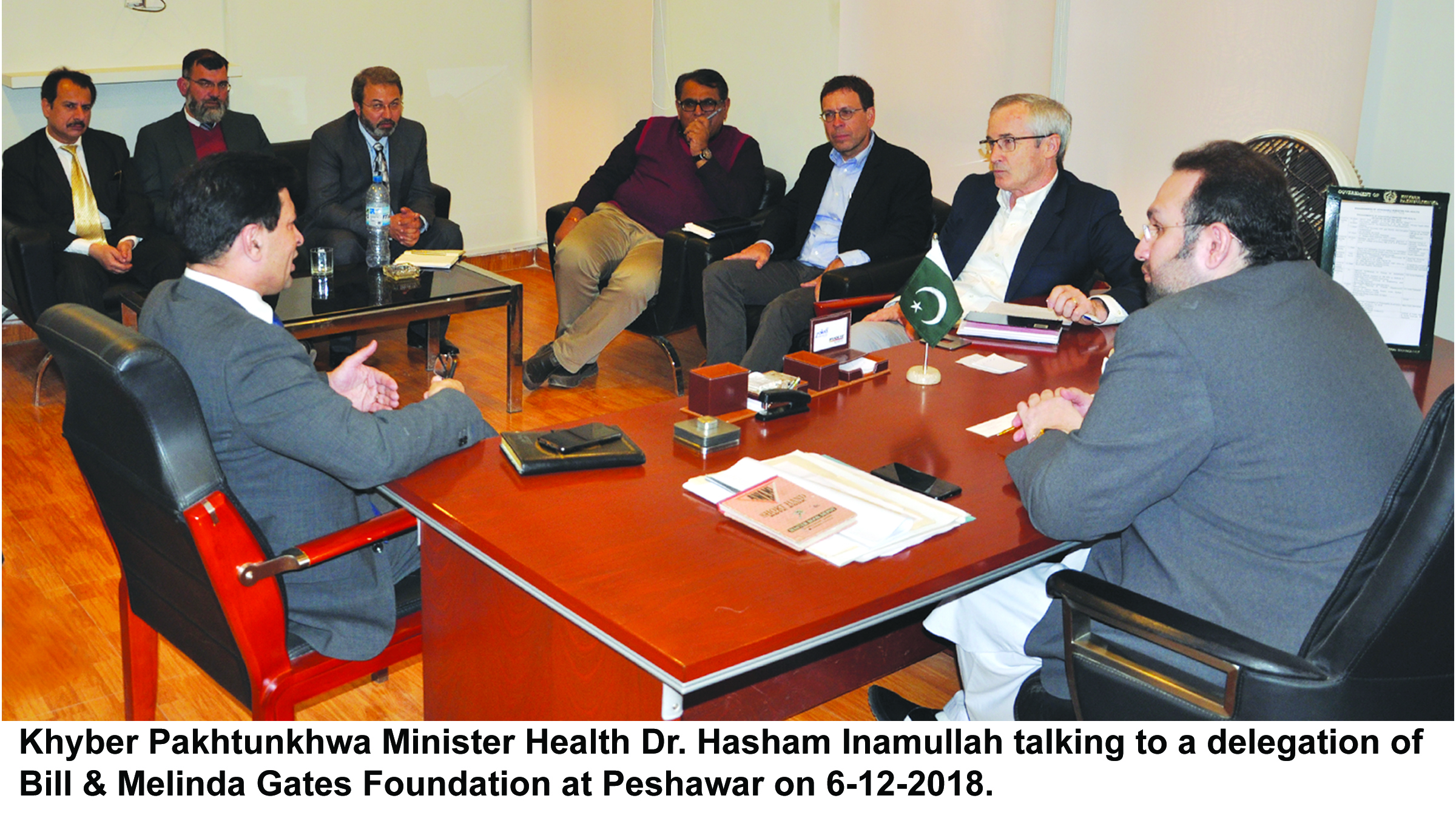 The Health Minister informed the delegation about the steps taken by the present government for the eradication of polio and other diseases and improvement in the overall health care system. He said that health advisory council was formulated as the first step and a policy was evolved with the consultation of all stakeholders . For the implementation of the policy, consultation on strategy development is in progress and the same is reviewed regularly, aiming to improve the primary and secondary health care and strengthening the tertiary health care unit.

It merits to mention that BMGF Foundation is the main supporter in polio eradication and it also provides support and help to the Health Department in other fields at national level.

Mr. Jabir Hussain while returning from polio transit point duty at BHU of Tehsil Utman Khail, Bajaur was stabbed to death in a skirmish kicked-off between family members two years back.

A cheque amounting Rs. 60000 was given to the family members (wife and father) of the deceased Social Mobilizer. On the occasion, Kamran Afridi said sacrifices of front-line workers will not go waste as we have been successful in saving children from paralysis for more than two years now, which is because of unparalleled efforts of and sacrifices made by frontline polio workers.