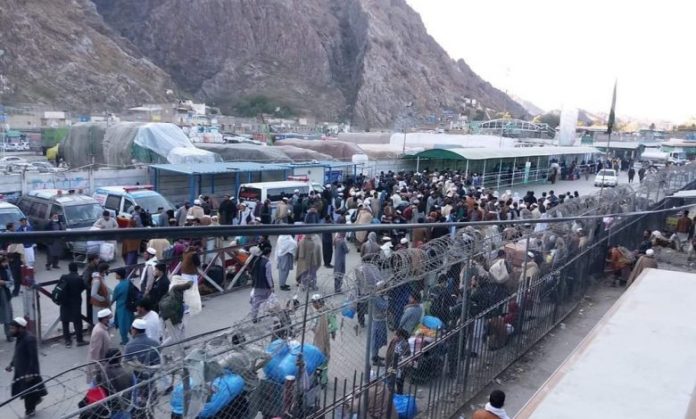 LANDIKOTAL: Movement on both sides of the Pak-Afghan border has come to a halt apparently over tension on construction work near the border gate.

Thousands of passengers were stranded due to closure of the border gate and they were facing a lot of problems. A large number of people along with their luggage spent the night under the open sky in extreme cold weather. The vehicles carrying goods were also stranded and the drivers were facing difficulties. The owners of these trucks were particularly perturbed as they said the vegetables and fruits may be wasted due to prolonged stay at the border.

According to latest reports, thousands of passengers were still stranded on the border and the issue was unresolved. The drivers, cleaners and passengers of the stranded vehicles were also facing difficulties in getting food and other facilities.

No details have been released officially from either side over reasons of closure of the border gate. It has been told that Afghanistan has closed the gate for all kinds of movement apparently due to dispute on construction work.

Last month, president of All Torkham Transport Union Azeemullah Shinwari said the attitude of police with transporters is not right.

The labour union had also staged a protest in Landikotal against strict attitude by the officials at the Pak-Afghan border in Torkham.