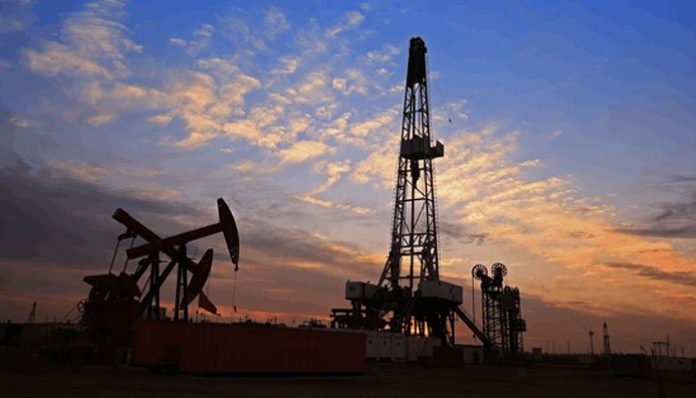 KOHAT: New oil and gas reserves have been discovered from TAL Block in Kohat which will produce 1,844 barrels of crude oil daily.

The Pakistan Oilfields Limited (POL), with 25 percent shares and MOL has made oil and gas discoveries in MOL-operated TAL Block – that is located in the Kohat Plateau of Khyber Pakhtunkhwa.

Initial testing is being considered as extremely encouraging as it showed flow of crude oil at 1,844 barrels per day and 18.25 mmcfd of gas. According to the data available, the new reserves will produce 18.2 million cubic feet of gas on daily basis. Commercial production from the new oil and gas reserves will begin in December this year, with POL’s pre-commerciality working interest at 25 percent.

According to POL, new hydrocarbon reserves have been found in Makori-2 at TAL block.

This new discovery has derisked exploration in deeper fault blocks in the TAL block leading to new upside opportunities. The new discovery will help to improve the energy security of the country.

The field accounts for 20 percnet of Pakistan’s oil production, amounting to 17,000 barrels per day. Six discoveries have been made in the block, the first in 2002 and the most recent in 2011. Oil and Gas Development Company (OGDCL), Pakistan Petroleum Limited (PPL) and Pakistan Oilfields hold ownership stakes of 28, 28 and 21 percent, respectively, in TAL Block. The field has 55 percent success ratio of discovery in Tal Block, compared to 33 percent in other areas. MOL Group is responsible for making further discoveries and has added 145 million cubic feet of natural gas per day.

The Pakistan Stock Exchange has also been informed about the new developments in the oil and gas fields. Experts say the discovery of oil and gas is a huge development for Pakistan as it will save precious foreign reserves and reduce import bill. In this way, the balance of trade will improve and Pakistan’s economy will move towards stability with reduction in trade deficit. The new discovery will put positive impact on oil as gas sector in Pakistan which is facing problems due to energy crisis.