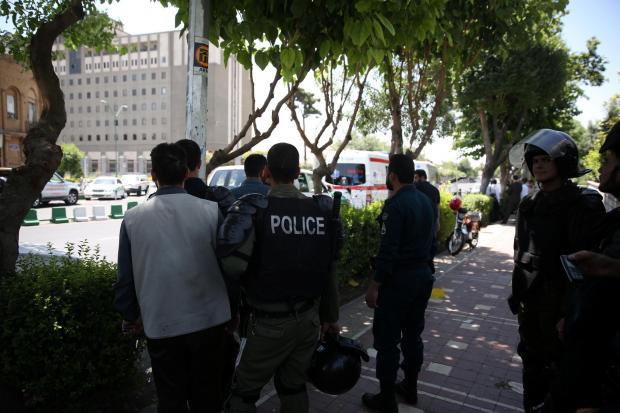 TEHRAN, 07 June: At least one person was killed and several others wounded in two separate incidents after armed men stormed Iranian parliament building and the mausoleum of revolutionary founder Ayatullah Khomeini.
According to media reports, armed men attacked Iranian Parliament where a session was underway. A security guard was killed and eight others were injured in the attack. According to reports, the security forces also arrested one attacker.
The shooting is still continuing inside the building, media reports say. However, state agencies claimed that situation had been brought under control.
In another attack, a female suicide bomber entered Khomeini’s mausoleum in Tehran and opened fire before blowing herself up with a suicide vest injuring five peoples. Two other attackers were arrested in the incident. A gardener was also killed when armed assailants entered the grounds of the mausoleum.