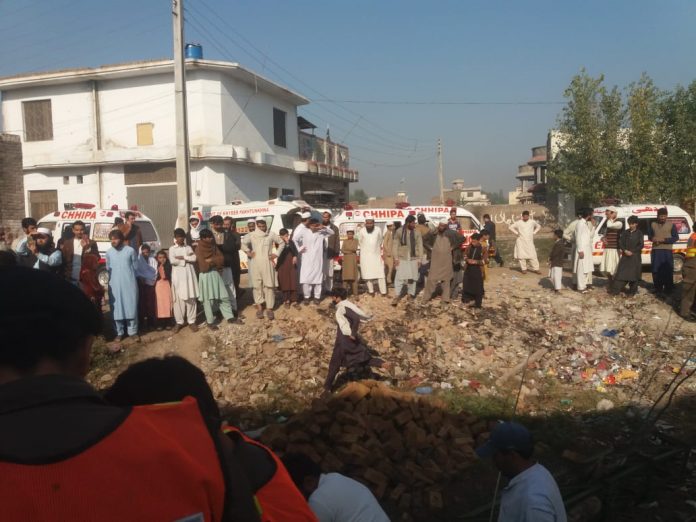 PESHAWAR: Twp labourers lost his life and five others sustained injuries when wall of an under construction house collapsed in Peshawar on Tuesday.

The Rescue 1122 officials said the labourers were busy in the construction work on a house in Landi Sarak area in the morning when a wall collapsed and they were trapped under it. Two labourers was killed in the incident and six others were injured who were taken to Lady Reading Hospital for treatment.

The LRH spokesman Zulfiqar Babakhel said the condition of the injured labourers was out of danger.