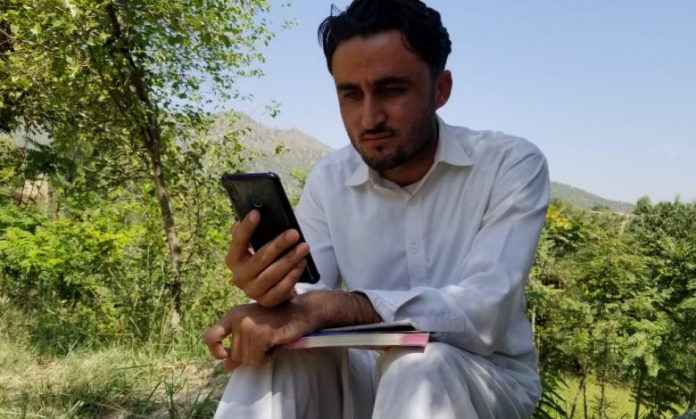 KHAR: After closure of educational institutions in March 2020 due to outbreak of coronavirus, the universities of Pakistan arranged online classes for students who returned home.

“Internet connectivity was a huge problem for us as our connection was disconnected during online class and these continuous interruptions spoiled our studies. We could not benefit from online lectures due to weak connectivity,” he told TNN.

Subhanuddin said his internet disconnected during paper and after repeated efforts the connection was restored, but the paper time ended by then and he received instructions to submit paper. Subhanuddin was not alone who faced this embarrassment despite trying hard.

Naila Altaf, president Tribal Youth Movement Women Wing, said while talking to TNN that girls students suffered more than boys in merged districts. She said boys had the option of going outside home in search of better internet signals, but girls couldn’t do that due to cultural constraints. She said the government should now take steps to fill this void in the studies of students from merged districts.

University of Peshawar spokesman Professor Nauman, when contacted, said the university administration knew about the internet connectivity issue in merged districts, but there was no other option, but to go for it for the sake of other students. He said that according to an assessment, students of far off areas faced internet connectivity issue, but their number was small as compared to other students in settled districts. Keeping in view the internet issues, he said, the UoP decided to record every lecture which can be provided to students upon request.