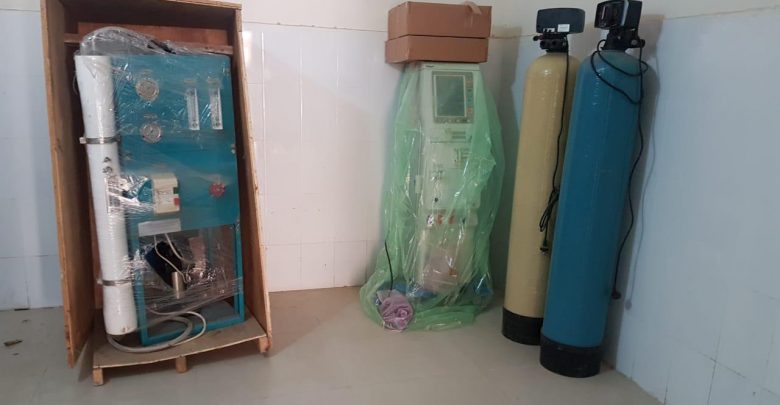 LANDI KOTAL: The non-availability of staff to operate the only dialysis machine at District Headquarters Hospital Landi Kotal forced hundreds of kidney patients to visit Peshawar for treatment.

Fata Secretariat purchased dialysis machine for the hospital after it was decided to upgrade the hospital to A-level and new blocks were constructed.

“Most of patients are poor who cannot even afford transport fare to reach this hospital, how would they go to Peshawar for treatment,” said Asad Afridi, an attendant of a patient.

He said that most of people were living in extreme poverty given the current situation when the government has closed Pak-Afghan border near Torkham. “After merger, the government must focus on construction and improvement of health and education sector first,” said Shahjehan Afridi.

The government had also announced to hire 200 employees for the hospital however the recruitment was postponed after decision to upgrade the hospital was withdrawn. They demanded of the government to start initiation of Sehat Insaf Card to tribal people so that they could get free of cost treatments.

The machinery purchased for the hospital was shifted to a store room where it has been laying idle and rusting away as the hospital is facing shortage of technical staff.

He said that a letter for recruitment of the staff has been written to Directorate Health but so far no approval has been given, adding that if the directorate approve the staff would be recruited within few days.