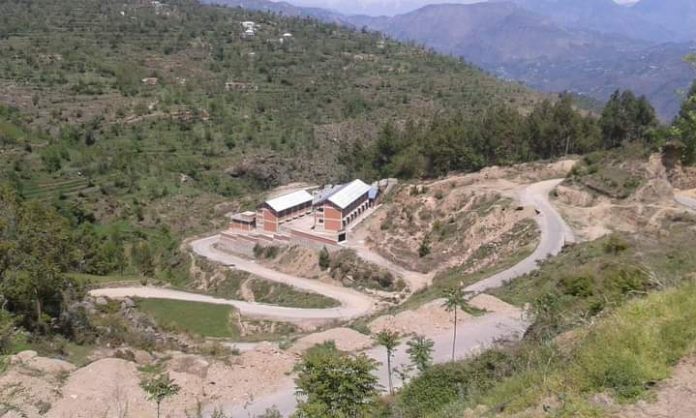 BUNER: There is only one high school for girls in Chagharzai tehsil of Buner. The school building was set on fire by militants in 2008 and repair work could not be completed.

The local people said although the Pakistan Tehreek-e-Insaf (PTI) government is in power for the last seven years, but its claim of education emergency seems to be not applying on Chagharzai tehsil. They said only girls high school for a population of 110,000 is a cause of grave concern.

Shaukat Ali, a government teacher, said while talking to TNN that girls of the area are very talented and they want to get higher education, but lack of institutions of higher education is hindering them. He said the only girls high school in Chagharzai lacks basic facilities due to which the girls students are facing difficulties. He said the government can resolve this problem by establishing more middle and high schools in the area. He said girls high schools can also be operated in boys schools in second shift until the new school buildings are constructed.

A local person told TNN on condition of anonymity that despite cultural impediments, he got admission for his daughter in boys middle school due to lack of such facility for girls in his area. He said the same problem surfaced when his daughter reached matriculation and he again did the same trick and endured a lot of criticism from family and relatives, but his aim was bigger. He said he took the difficult path, but that has paid dividends and now his daughter is doing regular Master’s from a public sector university.

However, he said, there are hundreds of other girls who could not complete their education as they did not get permission from families to study in co-education system. He said many parents don’t have the capacity to endure cultural difficulties and end up ruining the future of their daughters.

A student of the Girls High School Topi Chagharzai, the only high school in the whole tehsil, told TNN that she walks several kilometres daily to reach the school. She said many other girls have left education as they did not get permission of family to walk for so long because it exposes them to various risks.

The school incharge said the headmistress has been transferred several months ago, while no replacement has been provided. She said basic facilities are missing in the school due to which the students and teachers are facing difficulties. She demanded the government to reconstruct the damaged portion of the school, provide staff, transport and other basic facilities.

Local lawmaker Syed Fakhar Jehan Bacha said construction of new schools has been approved this month and he will make efforts to resolve the problem of Chagharzai area. He said tender and approval of a Girls Degree College in Gulbandi, Chagharzai has also been completed and work on it will be launched soon.