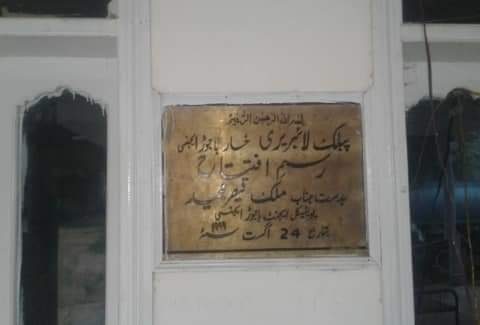 KHAR: The state of development of any country can be gauged from its education system, academic activities and functioning of academic institutions, particularly the public libraries.

Unfortunately, the trend of book reading is on the decline in our country and Bajaur tribal district is no different that is why the literacy rate is low here. The first ever public library of Bajaur was inaugurated by former political agent Malik Qaiser Majeed on 24 August, 1999 in Khar which provided an opportunity to the book lovers to study books there and gain valuable knowledge. And then came the militancy and military operation in Bajaur which pushed the tribal region several decades back.

Although various gadgets and facilities have been introduced in the era of modern technology to access books and study material on various topics, but the importance of book reading cannot be overlooked an it keeps on increasing for academic and research activities.

The public library in Bajaur was closed with the initiation of military operation in 2007-08. Now after restoration of peace, Bajaur is part of Khyber Pakhtunkhwa after the merger process and it is now a settled district. The people aware of the importance of education are now demanding the reopening of the public library which is closed for the last 12 years.

A campaign has been initiated by Bajaur Thinkers Association, an organisation of educated and progressive youth of Bajaur, for opening of the library. The Association organised a function this week the gather support for the reopening of the library which was attended by the youth from the tribal district in large number. Participants of the function demanded the government to open the library without delay as the books in the library have been covered in the dust and are being wasted. 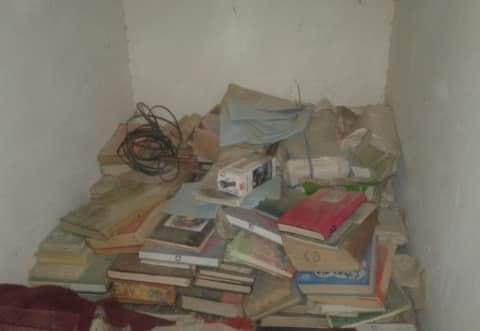 The Association has also sent a letter to the Higher Education Commission with a demand to open the library to enable the local youth to benefit from it. Shahid Ali Khan, a member of The Thinkers Association, said they visited the library and came to know that many books are no longer usable as dust and dampness have damaged these books over the past several years. He said the local youth and some well off people who know the importance of education have showed willingness to donate books for the library once it is reopened. He said the building of the library also needs some repair and maintenance.

Low literacy rate, poverty, advent of technology and media and lack of proper attention by the government are some of the reasons behind the current state of education in Bajaur. The habit of book reading will have to be promoted in the region to change the current scenario. Libraries play an important role in education and character building of the youth. The government will have to pay attention to this issue if it is serious in implementing its agenda of education emergency.