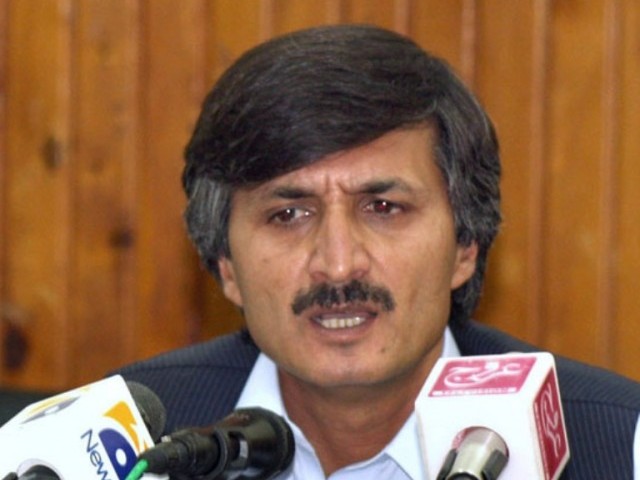 PESHAWAR: The Opposition parties in Khyber Pakhtunkhwa (KP) Assembly on Tuesday staged a protest in front of the Speaker dice against what they called unjust distribution of developmental funds.

Parliamentary Leader of Awami National Party (ANP), Sardar Hussain Babak on a point of order said that the government pledged on the floor of House the equal distribution of developmental funds among government and opposition members but unfortunately it was not fulfilled.

Babak referred to Japan International Cooperation Agency (JICA)’s different construction works in KP and said that not a single constituency of opposition members was included in the scheme. Soon after his speech the opposition gathered in front of the Speaker’s dice and shouted slogans against the government.

Earlier, during the question hour, the House was informed on a question of Sobia Shahid of Pakistan Muslim League-Nawaz (PML-N) said that as many as 2891 students are getting the education under Municipal Corporation Schools in Peshawar.

In a written reply to the question of Khushdil Khan Advocate of ANP, it was informed that the proposed fare of BRT bus would be from Rs 10 to 55. The total expected expenditures to be incurred on the project would be Rs 3 billion annually and Rs 265 million monthly.

Referring to monthly income from the project, the government’s written response said it depends that how many commuters would use the service on daily basis, however, it was added that according to project consultant as many as 375,000 passengers would use the service that would generate a monthly income of Rs 275 million and Rs 3.3 billion annually.