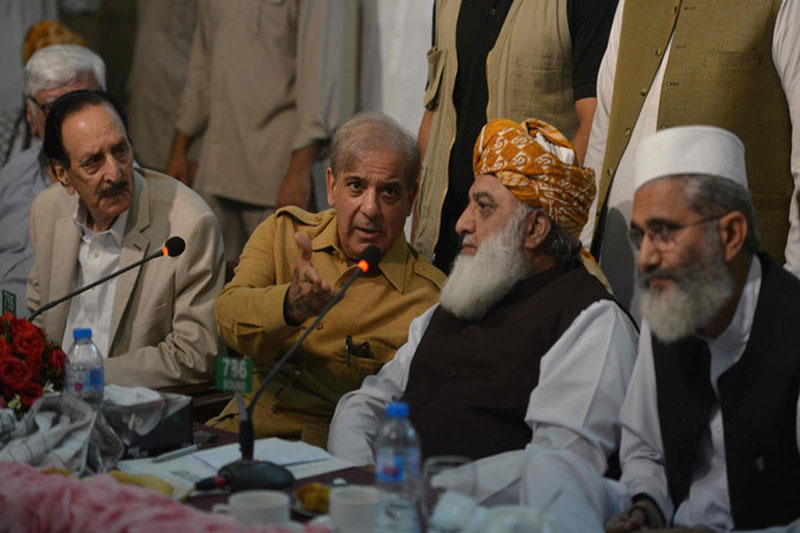 PESHAWAR: The opposition parties on Saturday agreed to field a joint candidate in the upcoming presidential election.

Decision to this effect was made at a meeting of opposition parties in Murree. The PML-N leader Ahsan Iqbal said while briefing media persons after the meeting that the opposition parties have agreed on a name for the joint candidate which would be would be announced on Sunday (today). The meeting was chaired by the PML-N president Shehbaz Sharif.

However, the PPP leader Qamar Zaman Kaira said Aitzaz Ahsan was still his party’s presidential candidate. The PML-N and PPP have been in disagreement over the nomination of Aitzaz Ahsan for the post of the country’s president. The PML-N has made it clear that Aitzaz could not be considered a joint opposition candidate.

Meanwhile, the PTI said it was confident its candidate Dr Arif Alvi will win the presidential election comfortably. A meeting presided over by Prime Minister Imran Khan discussed input from MPAs from the four provinces and decided that the PTI would contest the election on September 4 with full zeal.

Information Minister Fawad Chaudhry said after the meeting that Arif Alvi will become the president of Pakistan as the PTI has the support of the required number of voters. He said the name of Dr Arif Alvi is final and there is no objection from any side over his nomination.