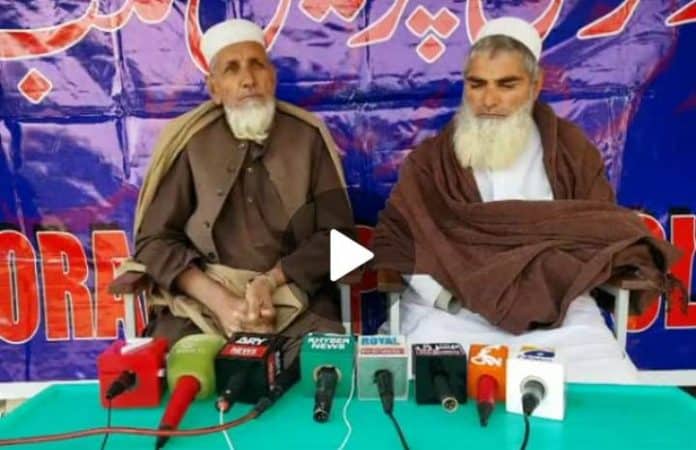 KALAYA: The people of Ganda area of Central Orakzai tribal district have announced to boycott the polio vaccination campaign in protest against non-resolution of their land demarcation dispute.

Local elders Muhammad Azia and Malik Muhammad Hanif said at press conference that there is a land demarcation dispute between Mohammadkhel and Baba Nawasi tribes for the last five months. They said they will continue to boycott the polio vaccination campaigns till the resolution of the dispute.

The tribal elders said they sent several requests to the district administration and commandant Orakzai Scouts, but no one is paying heed to the issue. They said they are announcing boycott of the immunisation due to compulsion and they are not against the vaccination. They said the polio vaccination teams will never be allowed to enter their area under the matter is not resolved.

Pakistan, Afghanistan and Nigeria are the only three countries of the world where polio is still categorised as endemic. One of the main reasons behind this problem is the refusal of parents to administer polio drops to their children.

On Sunday, the people of Warsak, Sufaid Sang, Panam Dheri, Shaghalai and surrounding areas on the outskirts of Peshawar announced to boycott polio vaccination campaign to record their protest against excessive power load-shedding.

A Jirga on the issue was held at the hujra (male guest house) of Arbab Shaharyar Khan in Warsak. Participants of the Jirga said there is no electricity in their areas for the last three months due to which the people are facing a lot of problems and their lives have become difficult. The Jirga took a unanimous decision that the people of Sufaid Sang will completely boycott the polio vaccination campaign till restoration of power supply to the area. The Jirga also decided that the violators of the decision will face social boycott.

The vaccination boycott must be a sign of alarm for the Health Department officials, especially after recent emergence of polio cases in Bajaur tribal district and Bannu and Hangu districts of KP.