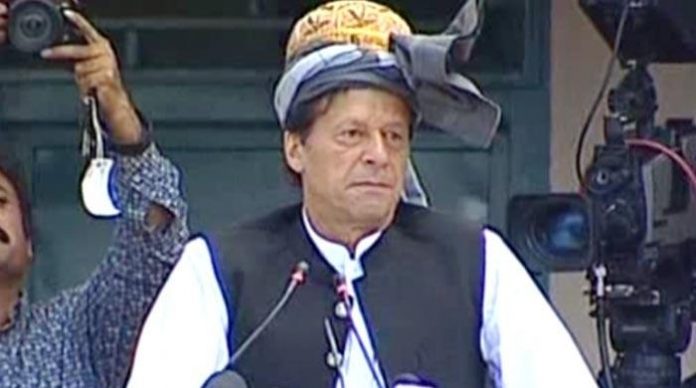 PESHAWAR: Prime Minister Imran Khan has stated that many demands of the Pashtun Tahafuz Movement (PTM) are genuine but the manner adopted by them is ‘not in the best interest of the country.’

The premier said this while addressing a public gathering in the Orakzai tribal district on Friday. He went on to acknowledge that the tribal people have suffered during the counterterrorism operations.  PM Khan added that tribal people had to face difficulties and migrated to other areas.

“It is the political parties who are responsible for the plight of tribal people,” Imran alleged in his address to the tribal people.  He added that for the rights, as PTM advocates, he has been struggling for the last 15 years.

The PTI chief said during the last two decades, the tribal people suffered the most and faced daunting challenges. He vowed that the development of tribal districts is his priority and all the grievances of the protesting tribal people would be resolved.

Imran Khan has also endorsed the demands of PTM during his election campaign and also promised that if his party comes into power, he will work for the uplift of tribal areas and would resolve all grievances of tribal people.

The premier during his address said the governments’ biggest challenges were finding ways to improve people’s lives and provide them with an education so they can rise in society and come at par with other parts of the country.

Imran said the solution to the hardships faced by residents of tribal areas was to provide them redressal and compensate them for the damages caused to their houses. He announced that he has directed Khyber Pakhtunkhwa Chief Minister Mahmood Khan to provide financial aid to internally displaced persons to enable them to rebuild their houses and restart their businesses.

He promised that all families in the tribal areas will be issued health cards, the premier further announced