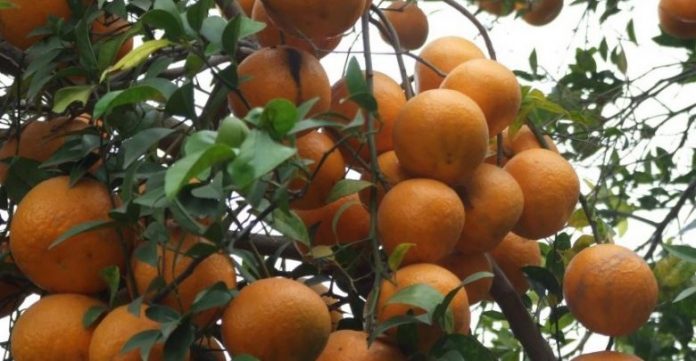 LOWER DIR: Orange orchards have dried up in Rabat area of Lower Dir due to which the owners of the crops have been deprived of their cash crop, while persimmon orchards have also been damaged by bats in the area.

Local sources said there were hundreds of orange and persimmon orchards in Lower Dir and fruit from these orchards was supplied to the whole country. Owners of these orchards also used to send fruit to their friends and relatives throughout the country. A flood in Panjkora river in 2010 damaged the irrigation system in Rabat. Afterwards, lack of rains and changed climate patterns also played a role in damage to the orchards. So far hundreds of orange orchards have dried up due to not getting water in time.

Local farmers said they used to earn lakhs of rupees from their orange orchards and it was their main source of income. They said it was a great income source and they were living quite happily until the drought-like situation caused their orchards to dry up. They said orange production has reduced to a great extent due to lack of water. The farmers said they provide water to their orchards through generators which is an expensive method and in the end their earnings have been impacted severely.

On the other hand, farmers said bates have also damaged persimmon orchards badly. They said they were confronting the issue of bat attacks on the orchards since long, but now the situation has gone from bad to worse. They said bats attack persimmon orchards every evening and eat fruit. The farmers are very concerned over this problem and they are forced to arrange lights in their orchards during night time.