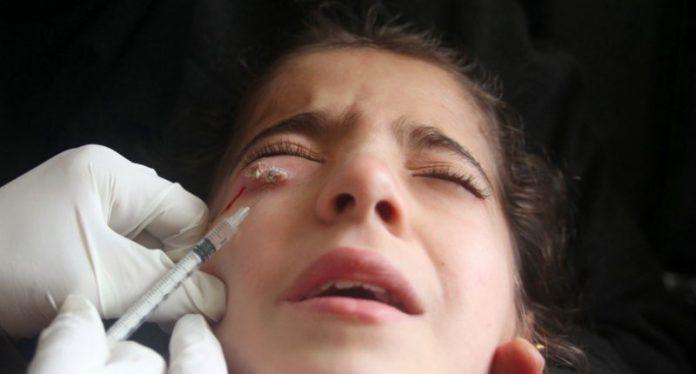 PESHAWAR: There is an outbreak of Leishmaniasis in Tribal districts but the health officials have paid a deaf ear to despite 28,000 cases reported from the tribal districts out of which 7810 have been untreated.

On Thursday, The district administration of North Waziristan has declared a public health emergency after they run out of vaccinations and medications for children suffering from Leishmaniasis skin disease.

The local people have asked the district administrations, the KP health department and officials of Expanded Programme on Immunization (EPI) to help them face the challenge the of Leishmania outbreak which has affected thousands of tribal people, especially children.

The local people said that the outbreak is not overnight as cases have been reported for the last several months but attention was not paid on time.

Chief Minister Khyber Pakhtunkhwa took notice of Leishmaniosis disease outbreak and directing health department to submit a report regarding the existing situation. The CM also ordered for dispatching health units, equipped with all necessary arrangements, on an immediate basis to effectively control the outbreak.

The Chief Minister furthered that awareness campaign be launched in the affected areas to educate people on the preventive and curative measures to effectively control the disease.