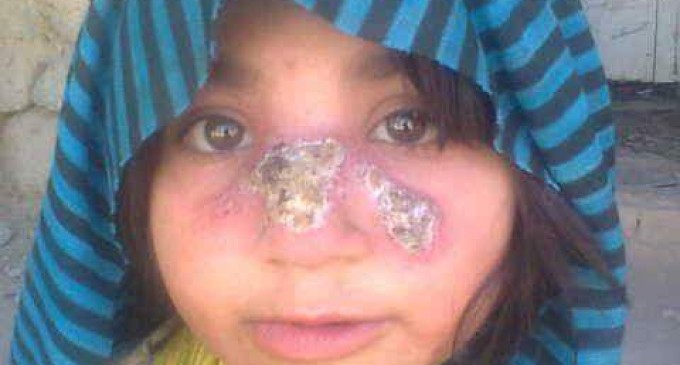 LANDIKOTAL: The prevalence of Leishmaniosis disease has sparked worrisome among the locals of Khyber Agency.

The reports from health department reveal that the number of affected persons has reached 10,000 alone in Khyber Agency. They have asked the concerned authorities to provide medication to them on urgent basis.

Meanwhile the patients’ relatives have shown grave concern over shortage of medicines in hospitals and drug stores as saying that the epidemic is rapidly spreading.

Agency Surgeon Dr. Shafique Afridi in this regard stated that Landi Kotal area is most affected by Leishmaniosis in which individuals from new-born to elders have become victim to it.

A thermos machine of estimated cost Rs16 Lac was installed at the Landi Kotal Hospital while 300 Box Capsules and 1000 bed nets were provided to the patients in emergency, said Afridi.

He maintained that awareness sessions have also been conducted in Landi Kotal region to spread awareness about the disease and how to prevent it.

He added that in this regard, the political agent of Khyber Agency Islam Zeb is cooperating with him by assuring that he will assist financially.

However, Afridi stressed the need of awareness among the locals of Khyber Agency. He stated that sufficient prevention methods may help them not catch the disease on the first place.

Last week, the Fata Health services department launched an anti-leishmania drive in Khyber and Bajaur agencies to stop the epidemic from spreading.

Leishmaniosis is a tropical and subtropical parasitic disease caused by Leishmania parasite mainly transmitted by bite of sandflies. It affects either the skin or the internal organs.