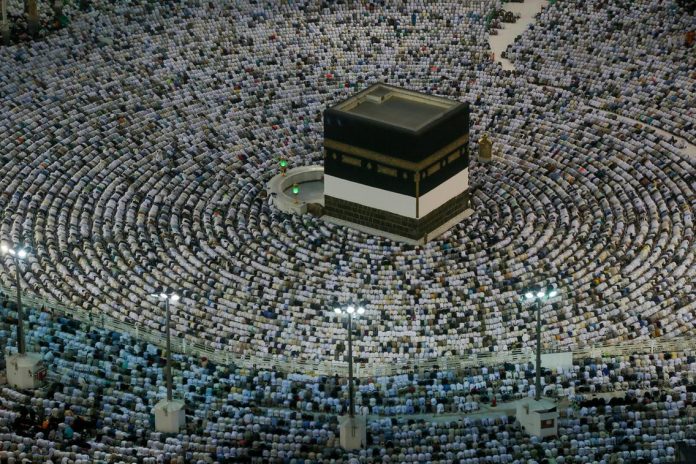 PESHAWAR: Over two million Muslims started the annual Hajj on Friday in Makkah as tens of thousands of pilgrims have arrived in Mina.

The Hajj rituals started as pilgrims started arriving in Mina on Thursday night and this process will continue till Zuhr prayer today (Friday).

After offering Fajar prayer on 10th of Zilhajj in Muzdalifah on Sunday, the Hujjaj will move to Jamaraat and pelt stones on the largest Jamra, representing the devil. After that will come the ritual of sacrifice in which a lamb or sheep is to be slaughtered by every pilgrim. After performing sacrifice, the men’s heads will be shaved, while women cut a lock of their hair and male pilgrims remove their Ihrams and wear normal clothes. After that, the pilgirms will perform Tawaf-e-Ziarat and Sai and return to their tents in Mina. The pilgrims will pelt seven pebbles on three each Jamra or Shaitan on 11th and 12th of Zilhaj and leave Mina before sunset. In the last stage, the Hujjaj will do a last Tawaf in Masjid-e-Haram before leaving the holy land to complete their Hajj.

About two million faithful from across the globe have arrived Makkah to perform the religious obligation. A total of 200,000 pilgrims from Pakistan are also performing Hajj according to quota given by Saudi Arabia.

Pakistan Hajj Mission has made comprehensive arrangements for the facilitation of Pakistani pilgrims in Mina. Information desk, lost and found section, call centre, and complaint cell have also been established in Mina to help and guide Pakistani pilgrims. Over 600 Movineen (helpers) and 2,000 volunteers are also in the field to extend any assistance to the pilgrims.

The Saudi government has also made elaborate security, healthcare, and civic arrangements for the pilgrims.