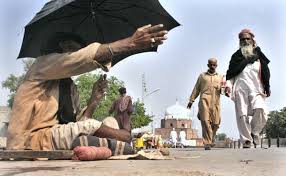 SADDA, 28 August: The political administration of Kurram Agency has expelled over 200 beggars from Parachinar.

The assistant political agent said that these beggars were stationed at Hazara graveyard in Parachinar since long due to which the local population was greatly disturbed.