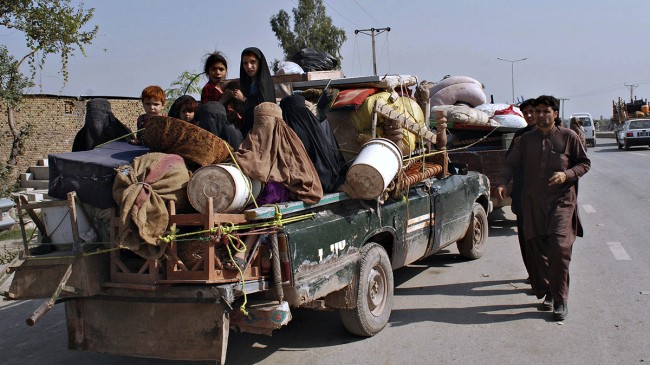 WANA, 8 November: The security forces have launched an operation in Shaktoi area of South Waziristan Agency due to which over 200 families have left the area.

The local people said Operation Rah-e-Nijat was launched in South Waziristan in 2009, but Shaktoi area having 50,000 population was not cleared. They said operation has been launched to clear the area of militants.

The FATA Disaster Management Authority (FDMA) said the affected families have been shifted to Bakakhel camp of North Waziristan.

About 150,000 families were displaced from South Waziristan due to Operation Rah-e-Nijat most of which have returned to their native areas now.