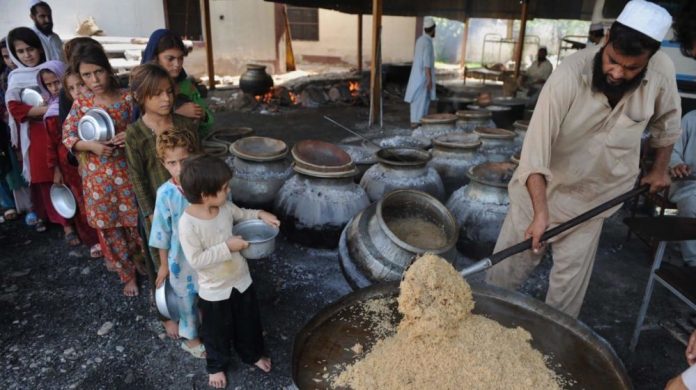 PESHAWAR: Four out of every ten children, up to age five years, are stunted in Khyber Pakhtunkhwa, while nearly two out of every ten suffer from acute malnutrition, says the National Nutrition Survey 2018 announced at the provincial level by KP government on Tuesday.

The survey assesses the nutrition status of 17,305 households across KP and KP’s tribal districts and further reveals that over 20 per cent of children under-5 are underweight and over 10 per cent are overweight in KP. In the newly merged districts over three out of every ten are affected by acute malnutrition.

In the survey, Children under-five, adolescent girls and women of childbearing age are the primary focus for data on indicators related to nutrition, access to water and its quality, hygiene and sanitation, food security, and disability among children.

The National Nutrition Survey points out that in KP and its tribal districts, adolescent girls and boys bear a double burden of malnutrition with over 30 per cent of adolescent girls in KP and more than half of them in KP-NMD are anaemic. Survey also reveals that over 10 per cent of children between the ages of two-five years suffers from some form of functional disability across Pakistan.

Addressing the occasion Syed Farooq Jamil, KP Secretary Health said “Access to adequate nutrition is a fundamental human right and a pre-condition for overall human health, wellbeing and national development. The Government is cognizant of the fact that addressing the problems of malnutrition holistically is of paramount importance.”

Sharing his views on the occasion UNICEF Deputy Representative, Dr. Tajudeen Oyewale stated, “Our actions to tackle the troubling trends of malnutrition will have to be bolder, not only in scale but also in terms of multisectoral collaboration, involving health, agriculture, food, education, social protection, water and sanitation, and other relevant sectors.” He added that UNICEF will continue to support the provincial as well as the federal governments in efforts to curb malnutrition.