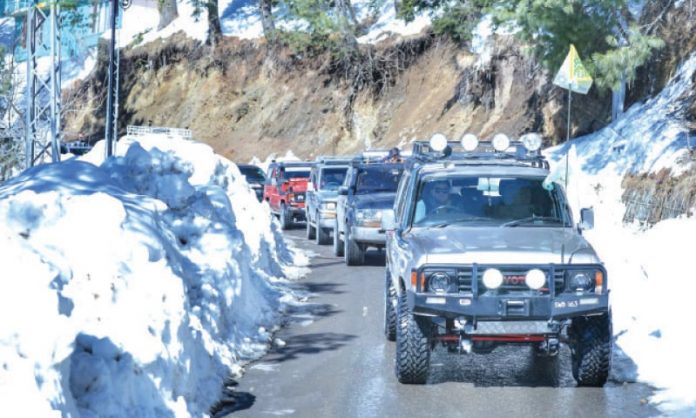 The special assistant was talking to media after the inauguration ceremony of a three-day snow festival organised by Galiyat Development Authority (GDA) in Abbottabad on Friday. Kamran Bangash said the KP government was paying special attention to the tourism sector for generation of more job opportunities and economic growth, adding that various activities were arranged to promote tourism, particularly the winter tourism, which has attracted more tourists. He said promotion of tourism activities has portrayed a positive image of the province all over the world.

Kamran Bangash said the KP government was developing new natural tourist spots across the province to attract more tourists and give a boost to the tourism sector which will boost economic activities and create employment opportunities.

Mr Bangash said KP has great potential and many opportunities in tourism sector, and the provincial government was implementing the vision of Prime Minister Imran Khan and using all available resources besides protecting the forests.

The special assistant said that more than 20,000 tourists are expected to participate in the three-day snow festival. He said the people of KP are hospitable and it will be shown to the whole world.

Director General Galiyat Development Authority Raza Ali Habib said that for the last three years, the GDA had been arranging the snow festival and thousands of tourists from all over the country had been taking part in the festival every year.

He said the snow festival is providing business opportunities to the locals and traders who could hardly earn anything in the severe cold and snowfall in the past due to harsh weather conditions. He said now the government has created opportunities for such people to earn during tourism season.

The promotion of tourism in the area has changed the overall structure of local economy as most of the people now depend on tourism to earn livelihood. A large number of tourists are visiting the area every day and enjoying the natural scenery and calm atmosphere.