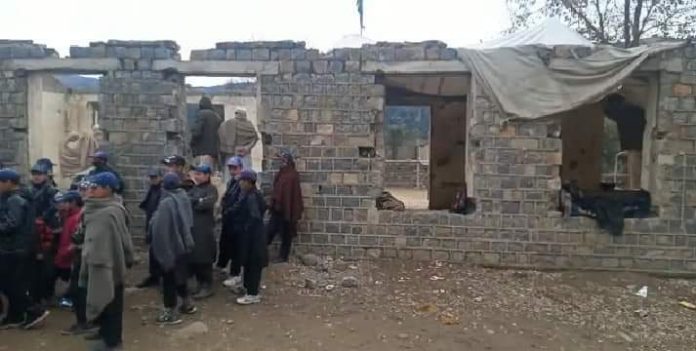 GHALLANAI: The Education Department in Mohmand tribal district has released Rs157.28 million for facilities in schools in the district.

District Education Officer (DEO) Jadi Khan Khalil said that out of the total allocated amount, Rs52.4 million will be spent on providing clean drinking water facility in 262 schools, while boundary walls of 82 schools will be constructed with Rs98.4 million funds.

Similarly, sports equipment will be purchased for 54 schools with Rs6.48 million funds. The DEO said the whole amount will be spent through parents-teachers councils (PTCs). He said as many as 537 PTCs have already been set up in Mohmand district.

Jadi Khan said the Education Department had previously issued Rs55.8 million to PTCs which will be spent on repair of 100 classrooms which will cost Rs10 million. He said group latrines will be constructed in 264 schools, while Rs6.48 million will be spent on purchasing sports equipment for 54 schools. He said tens of millions of rupees will also be spent on purchase of furniture, mats, schoolbags, establishment of Informational Technology laboratories and solarisation of schools.

The DEO said the whole fund will be spent on Mohmand schools under the Accelerated Implementation Program (AIP). He said provision of basic facilities in the schools will be ensured under the program.

The Khyber Pakhtunkhwa government has approved amendments to the Peshawar Development Authority (PDA) law for establishment of high-rise buildings in Peshawar.

Chief Minister Mehmood Khan said this step will attract investment in Peshawar and help in saving agricultural lands. The approval was given in a meeting of the PDA board chaired by the chief minister.