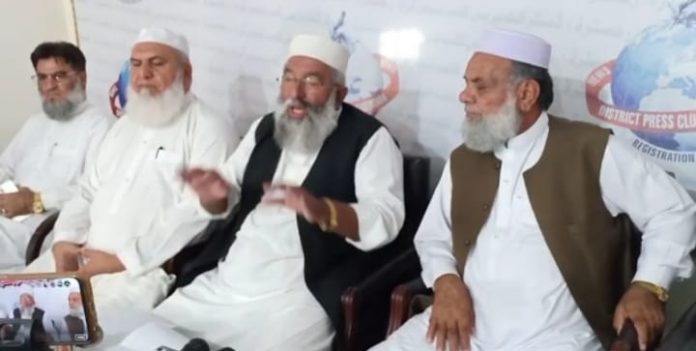 MALAKAND: Overseas Pakistanis on Saturday held a protest demonstration outside Timergara Press Club in Lower Dir over closure of flights to Saudi Arabia.

After the protest demonstration, the protesters also held a press conference at Timergara Press Club. The protest leaders said at the press club that about 1.5 million overseas Pakistanis from Malakand division are stranded due to closure of flights to Saudi Arabia. They said the workers are eager to go to Saudi Arabia to resume their work and earn livelihood for their families, but the flights are still closed.

The protesters called upon the government to take steps for resumption of flights to Saudi Arabia. They said if the situation remained unchanged, then they would be compelled to hold a sit-in in Islamabad.

The protesters demanded the government to get the flights resumed and arrange free booster vaccination for overseas Pakistanis.

Earlier, Turkey had also resumed flights after which a large number of people from Pakistan cashed in on opportunity and took connecting flights from Turkey to reach their destinations in the Middle Eastern countries. However, the travelers had to fulfil certain conditions including mandatory quarantine for at least one week or more upon reaching those countries.