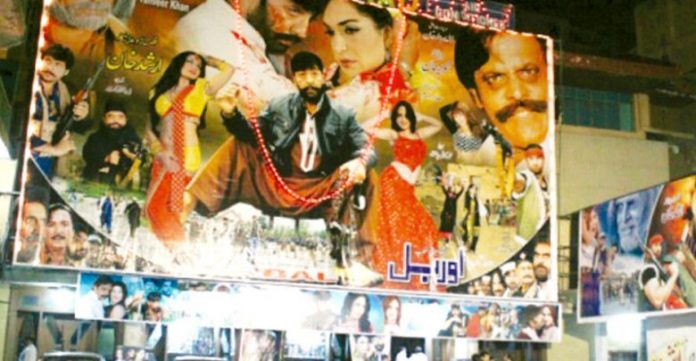 PESHAWAR: The owners of cinema houses in Khyber Pakhtunkhwa have expressed disappointment over no relief from the government amid the coronavirus lockdown.

They believe that since the lockdown-affected industries got relief from the government and further relaxation in lockdown has been announced during Eid days for industries, bazaars and public transport, but the cinema owners have got no relief or package.

Representatives of cinema houses including famous actor Arshid Khan, Saleh Muhammad, Jawad Khan and others said while addressing a press conference after a meeting on Wednesday that the government after two-month lockdown is now gradually allowing the markets to open and public transport is also allowed to operate, but the cinemas are still closed due to which the people associated with this industry are facing difficulties. They said people associated with cinema business were completely ignored by the government for any relief.

The cinema owners said due to continuous closure, the Pashto film industry has gone into a crisis situation and the owners have no money to pay salaries to workers. They said the cinema industry also deserves a relief package like other industries. They said they suffered losses of millions of rupees due to lockdown and now the industry will diminish if a bailout package was not announced on immediate basis. They said the Pashto film industry was also facing a lot of difficulties while the coronavirus lockdown turned the situation from bad to worse.

The cinema owners said the activities in the Pashto film industry have come to a standstill since the lockdown and thousands of people associated with the business are deprived of livelihood. They said now during the occasion of Eid, people also deserve some healthy entertainment. They said the cinema houses, if allowed to open, will make sure that the SOPs are followed in letter and spirit.